For as long as I can remember, I have always wanted to be pretty. What “pretty” meant was a mystery to me. In some ways it still remains a mystery to me. In the eyes of many African and Asian girls, “pretty” entails Eurocentric features: lighter pigmentation, lighter eye colour, a narrow nose—everything that has a connection to Eurocentric beauty.

The importance of beauty varies in everybody’s minds, but there is no denying that somewhere within us there is an underlying desire to experience beauty at least once in our lives. Beauty standards have changed throughout the years and still continue to change.

Eurocentric beauty is something that has been admired for years among the African and Asian communities. Some are born with lighter pigmentation and eye colour. A true example of this is the paper bag test, where slave masters would compare a slave’s skin to the colour of a paper bag. Lighter-skinned slaves would work indoors while darker-skinned slaves were kept outdoors in the fields. I recently read an article on the paper bag test that really made me think about it more deeply.

With the end of slavery, one would assume that this bias would be abolished. Unfortunately, I am correct in saying that it still exists. Women of colour still face this bias on a daily basis, both socially and economically.

Advertisements are certainly not making it any easier. For example, this advertisement was shown in Thailand and all over Asia promoting skin bleaching: 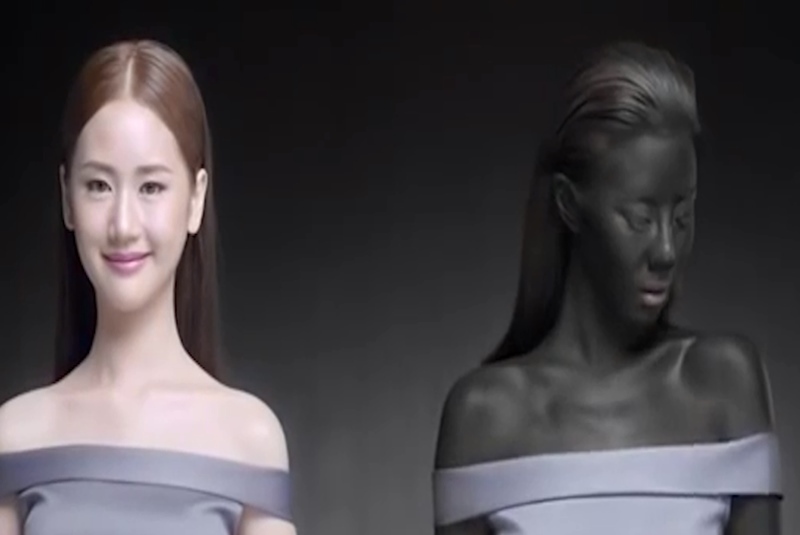 This advertisement was banned in Zambia for its promotion of skin bleaching: 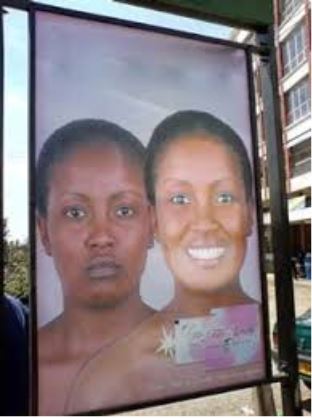 This is a vintage advertisement for skin bleaching that was shown in America: 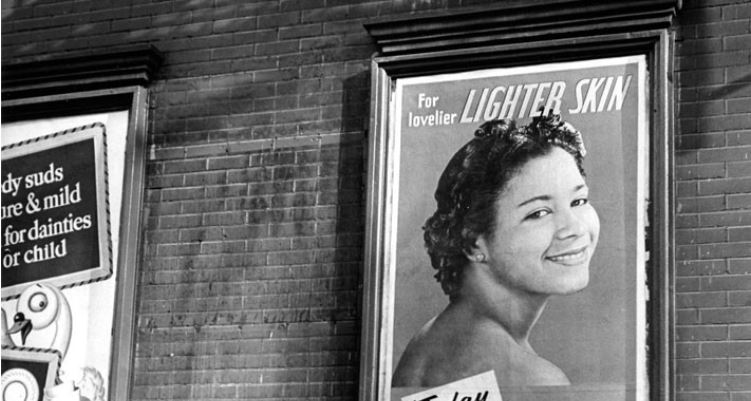 The majority of us aren’t light-skinned; we are darker shades of brown. Women and girls who own Eurocentric features are treated better and considered more beautiful—which—comes with its benefits, but how can one benefit from something of which one is not in control? Many may argue that this doesn’t matter and preach universal beauty. This is a simple plea of ignorance, but try telling that to a 28-year-old African woman who has been told that beauty conquers all and that to achieve a good life is through her beauty—and her beauty must reflect an unrealistic beauty standard. It leaves one in a situation of despair.

But not to worry for those of us who are not gifted with light skin and a narrow nose. There are quick but painful solutions to our problems, such as skin bleaching and plastic surgery; and, if you can’t afford it, don’t fret! Where there’s a will, there’s a way. “Beauty is pain,” my aunty always said to me, and I used to laugh and think she was crazy. Looking back with fresher, educated eyes, I now know that she wasn’t playing any game.

Skin bleaching is not only damaging to the external appearance, but it is detrimental to the internal well-being. Skin bleaching is like a silent pill used to solve a so-called “problem”; but, like all pills, it doesn’t solve problems for forever. The problem is society. Skin bleaching has become acceptable in our everyday society. In fact, I could name people I know personally who use skin bleaching as a beauty enhancement. If you were to look up skin bleaching on YouTube right now, millions of results would pop up, with titles like “My skin bleaching routine” being commonplace. Skin bleaching is a 10 billion dollar industry! In the capital city of Nigeria alone, 77% of its residents have used skin bleaching before.

Big companies are preying upon poverty and inexperience for financial gain. The desire to be attractive seems to have topped the need of individuality, self-awareness, and confidence.

Skin bleaching has a guaranteed market. Despite the efforts of various countries to ban it, things are still being done in secret. It is almost as if there is an elephant in the room.

My younger sister is very fair-skinned, and whenever we visit the African continent, she is showered with praise and compliments about her skin. I am just left there, and while I do not feel jealous of my sister, it leaves me questioning my importance. Do they purposely ignore me because of my skin tone? Is my importance now determined by my levels of pigmentation? These are the questions that come to mind.

It seems as if looks conquer all. Maybe if I tried skin bleaching, I would be showered with the same admiration and appreciation.

Afro hairstyles and beauty trends are seen as intimidating and unattractive political statements while straight and soft hair is seen as responsible and suitable. This is why many women in the African community have chosen to do this with their hair. 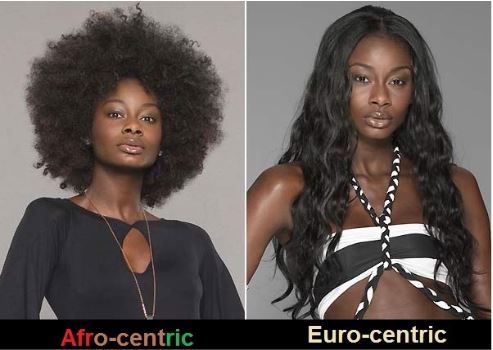 Despite the efforts of international campaigns such as #Unfairandlovely, which are condemning acts of skin bleaching and plastic surgery, the message just doesn’t seem to be hitting home. These ideas are too deeply ingrained in our brains. The dream of all races and ethnicities being appreciated and treated equally for their distinctive beauty seems to be unrealistic, but we have hope—and it is with hope that we keep on fighting and campaigning.

Colourism is a result of slavery, colonialism, and institutionalised racism. Nowadays bullying and favouritism are the effects of it. As a society we need to fight back and not let such a serious issue just slip. Because if we don’t, who will?

Benita Murinda is 17 years old and lives in Dublin, Ireland. Her passions include music and writing, and she hopes to be an author one day. You can contact her at magdalenamurinda123@gmail.com.

Booksmart Film Review: Setting Aside the Textbooks, Living in the Moment

When You Think About Fiction 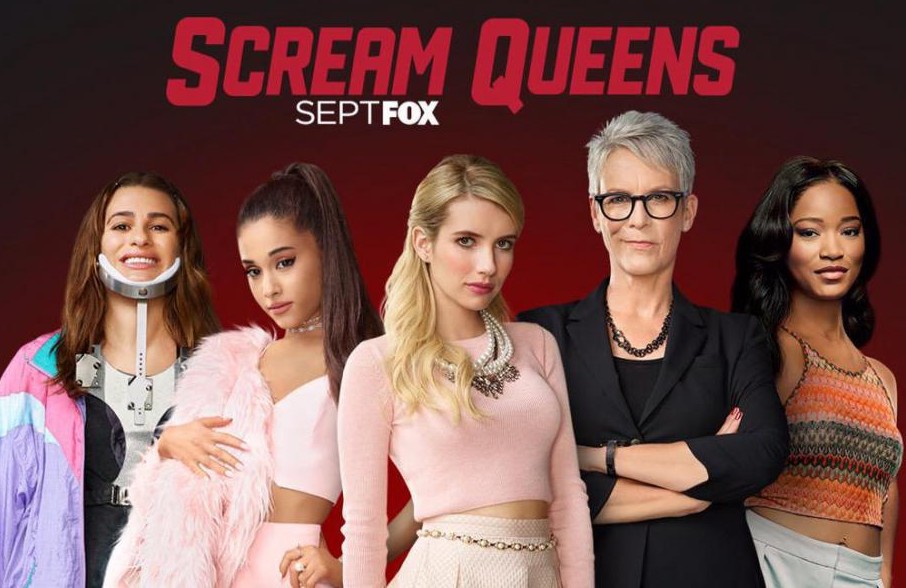