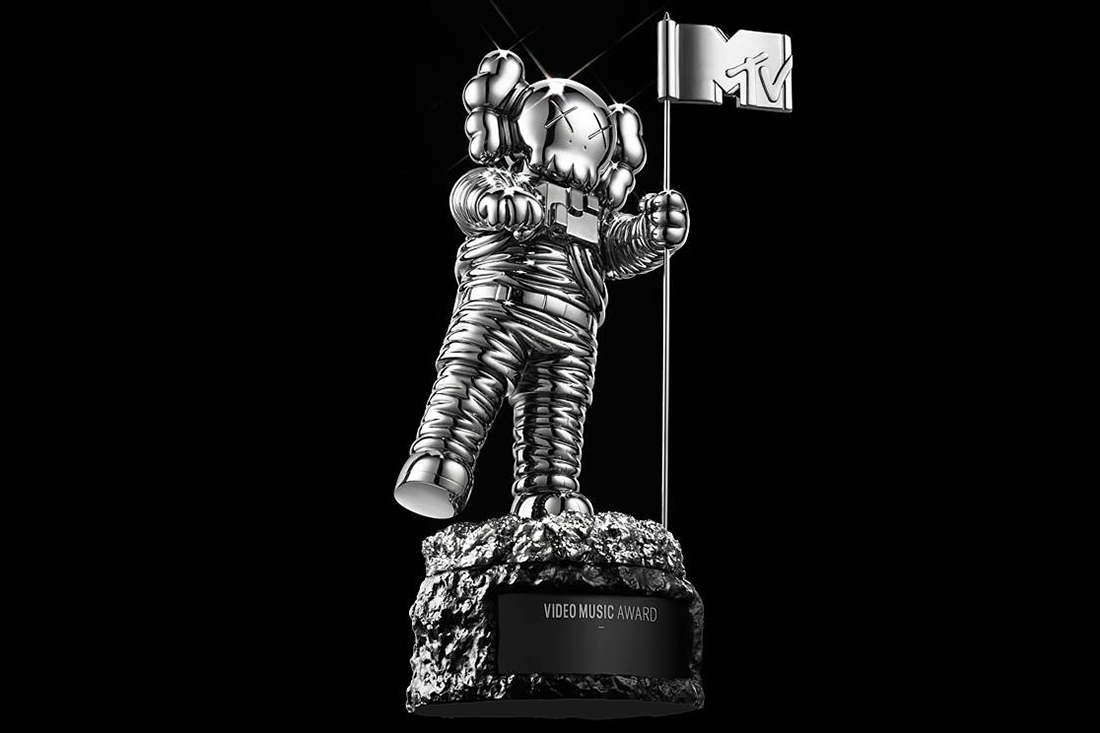 The VMAs are usually an s-show: difficult to watch, but worth it because of all the tweetable moments. I spent a good portion of Sunday afternoon reflecting on the Video Music Awards of the past. Had Twitter been around in 2000, I would have no doubt tweeted about Tim Commerford, who climbed on top of a piece of scaffolding on the stage after his band — Rage Against the Machine — lost to Limp Bizkzit for Best Rock Video. He was removed from the stage during the commercial break and promptly arrested (but Rage Against the Machine was featured in the Tony Hawk’s Pro Skater 2 video game that same year, so we all know who the real winner was). 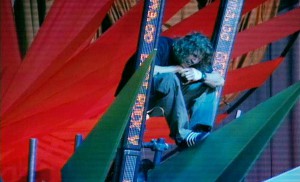 A year before that, Dianna Ross and Lil’ Kim bonded over Kim’s pasty. The whole evening, I wondered how in the world she got that thing to stick. 2003 saw a bizarre performance by Britney Spears, Christina Aguilera, and Madonna, which I’m almost certain was the inspiration for The Plastics’ Jingle Bell Rock dance in Mean Girls.

Britney’s next VMA stage appearance wouldn’t be until 2007, where she gave the cringe-worthy performance of “Gimme More.” Britney recovered from 2007 and came back stronger than ever, reminding us that anything is possible. And who could forget the travesty that was R. Kelly’s “Trapped in the Closet”? He put on a one-man performance of this song at the 2005 VMAs in which he acted out all the parts — including the roles of himself, his mistress, his mistress’s husband, and his mistress’s husband’s gay lover. Yes, it was all very confusing, and I wish I could go back in time and stop him from ever writing that song. 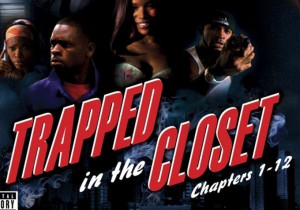 In 2009, Kanye West jumped on stage and interrupted Taylor Swift’s acceptance speech, giving rise to the best meme of all time. In retrospect, Kanye’s impromptu speech should have surprised absolutely no one. One year later, Lady Gaga would show up to the 2010 VMAs dressed as a walking meat market.

The VMAs usually leave everyone feeling the way the Smith family felt during Miley Cyrus and Beetlejuice’s 2013 twerk fest: 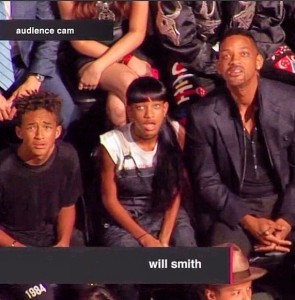 But this year was different, and though there were many tweetable moments, none left us wondering what humanity has come to. The 2014 VMAs seemed to be more cohesive and detail-oriented than past MTV awards ceremonies. The audio that played during the nomination introductions was impressive, and I found myself rewinding to listen to the nominations several times. It linked each song into one long remix that somehow flowed perfectly. The performances seemed well rehearsed and were executed almost perfectly, despite Nicki Minaj’s wardrobe malfunction. Although some points were too raunchy for my taste, the overall delivery of each performance was enjoyable. In addition to all things technical coming together nicely, there were many surprise announcers that were good to see. Taylor Schilling, La Verne Cox, and Uzo Adubo of Orange is the New Black made an appearance in which Adubo turned into Crazy Eyes for a few seconds. But what really stood out to me about this year’s VMAs was that the female artists seemed to steal the spotlight. Women won over 60% of the awards and gave ten out of fourteen performances.

In addition to a thoroughly entertaining evening, the VMAs gave us several opportunities to be thankful. We were all able to have a moment to be grateful for Taylor Swift, who boosts our self-esteem with her dance moves. More importantly, the acceptance speech for video of the year, delivered by a young homeless man named Jesse, reminded us to be thankful for the things that we most often take for granted — consistent food and shelter.

Of all the great moments last night, none was as great as Beyoncé’s 15-minute performance. What we really watched last night were the BeyMAs. The Carters dominated the show, and all Jay-Z and Blue Ivy did was sit in their seats. That was enough. Beyoncé gave an incredible performance of her self-titled album and immediately after accepted the Michael Jackson Video Vanguard Award with a heartfelt and emotional speech. But the best part of the night, for me at least, was to see Beyoncé stand in front of a giant screen with “FEMINIST” in large letters behind her. I couldn’t help but smile, and, for the first time, I felt completely comfortable tweeting about feminism. There was no lingering thought of “so-and-so is going to roll their eyes” or “this might make me seem unattractive to some men.”  No, I tweeted with confidence because feminists are normal women. Feminists can be sexy, and feminists and can be desired by men. Beyoncé was my hero last night. 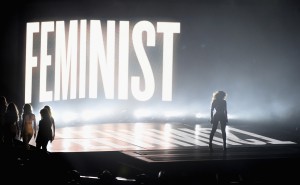 I would call the 2014 VMAs a success. I do, however, have one piece of advice: Next time, please award Ed Sheeran a comb instead of a Moon Man. 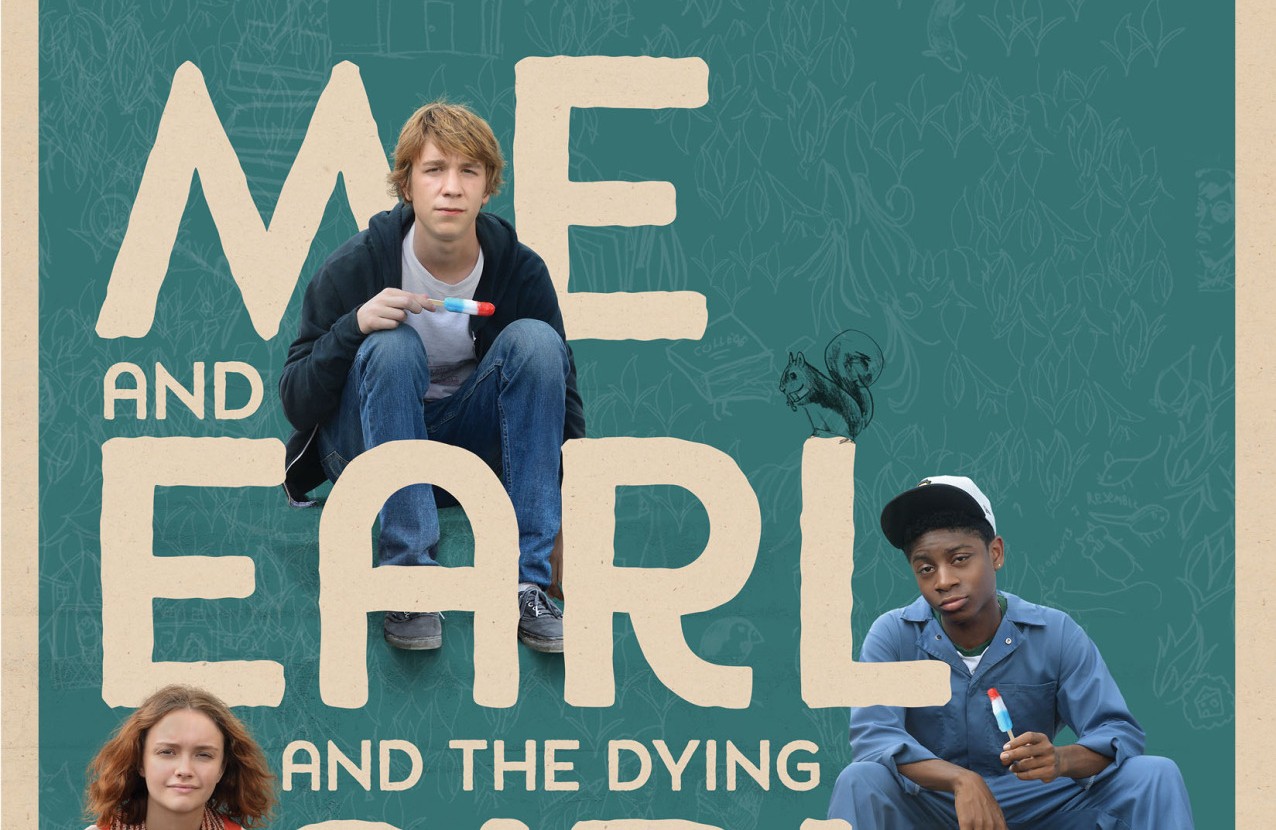 Book and Film Review: Me and Earl and the Dying Girl