Paris. Often known as the city of love, I discovered it was so much more in the two weeks that I spent there improving my French and enjoying the start of my summer with one of my best friends. No matter where we went — whether it was sitting by the Seine watching the boats pass or sitting on bean bags  on the Eiffel Tower (no, the holiday did not consist solely of sitting) — there seemed to be a magical quality to the chaos of tourism. 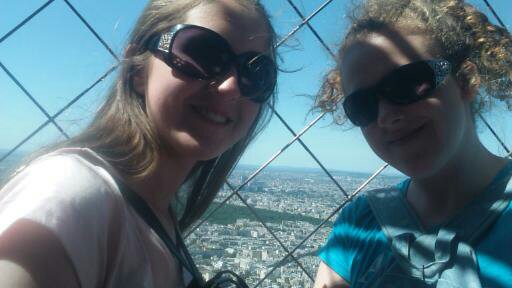 Unfortunately, Paris took some adjusting to as within the first 3 days we had gotten lost, acquired blisters (apparently the centre is larger than it looks on a map, and no you can not see multiple things all in one afternoon), been hit on by a rather flirtatious caricaturist (whom I shall not name because, hey, I can’t really complain; we got a cool picture for half price because of my “beautiful eyes”), and, my personal favourite, almost got arrested. Yes, I am aware that this probably merits an explanation. Okay, so apparently one has to hold onto their Metro ticket until after they exit the station; otherwise, they are threatened with police and may end up paying 33 euro for a metro ride — and I didn’t even get a seat.  On the Friday with the weekend stretched ahead of us and the sun beating down, we headed to the Trocadero fountain. Standing sunburnt and soaking wet in the fountain surrounded by people of all ages and nationalities, I felt like we had landed in the ending scene of a movie — me being the heroine preparing for my closing shot. 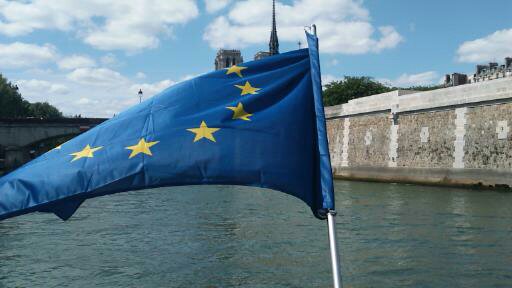 There was a timeless quality to the streets and bridges, the music as we strolled underground to catch the Metro in the morning, and the people hurrying around with different purposes. So many people. Any moment, though, could potentially have been a screenshot from another century. Another generation hurrying along before us. It was a different world from Dublin — which I’m not going to completely throw under the bus, but it lacks that busy feeling. The feeling that as you stand in another queue or stroll the river banks, you are part of a collective movement.  A movement that is seen throughout the city. Whether in an art museum or outside the Notre Dame. 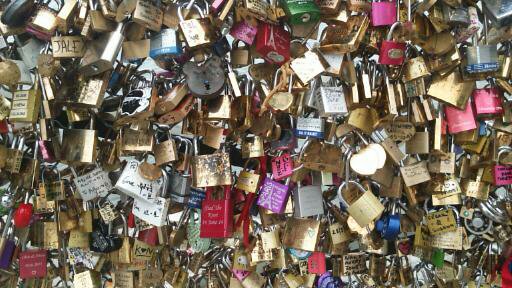 In terms of things to do, we were obviously spoiled for choices. We hit some of the main attractions of course, such as the Musee D’Orsay where, instead of admiring the brush strokes and textures of the art, I examined the faces  in the paintings and tried to capture the thoughts of those made immortal by the delicate, precise strokes of a brush. I particularly enjoyed the exhibition that focused on  Italian decorative art, as those Italians certainly had attitude. The best view of the city for me was not on the Eiffel Tower (maybe because the iconic tower itself was missing from the view) but instead from the roof of Galeries Lafayette, or the Notre Dame, alongside the famous gargoyles. 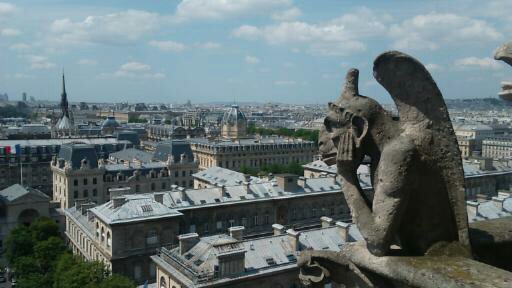 In the evening we treated ourselves to an ice cream from Amorino. Yes, the queues were long, but it was well worth the wait every time you were handed your cone with scoops like flower petals of salted caramel, amorina, and stracciatella by the waiter who honestly was rather like one of the gorgeous sculptures from the museum. It was a true work of art, and although technically we may have been cheating as it was an Italian shop, we allowed ourselves that one. We then laid along by the Seine or strolled down until we came across a nice place to sit and discuss plans for the next day. Of course we took some shopping time and also took in a fashion show at the Galeries Lafayette, because what girl doesn’t dream of owning all those clothes? It was overall an amazing holiday and really hard to leave behind such a beautiful place and return home.