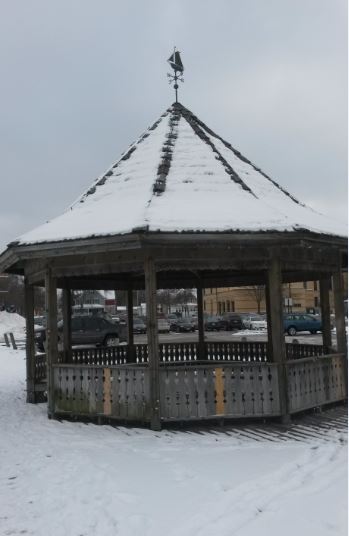 I opted to wander into downtown Oconomowoc – right out onto a boardwalk and gazebo overlooking Fowler Lake. It doesn’t seem like much of anything, just a small town area. It seems pretty ordinary, and at this time of year, the entire area is covered in snow and ice. It’s really quite beautiful, especially if the snow hasn’t been disturbed too much. It almost looks like a frosted cake.

But, for me, it brings back fond memories from high school. I would rollerblade out there and meet up with friends. Now that I think about it, rollerblading was probably the silliest way to get there. Boardwalks are not too fun to skate on.

Friendships were forged there. In summer, you’ll often see a bunch of teenagers hanging out there, laughing, and just having a good time. Even in the middle of the afternoon on a school day, there were kids playing on an enormous pile of snow not too far from where I was sitting.

I hadn’t realized how long it had been since I’d hung out with my friends there.

It was a bit odd to sit in a snow-covered gazebo by myself, but it brought back all sorts of fond memories. Even though there was a nasty wind coming from the north (I was really glad that I decided to put on snow boots!), I was smiling as I remembered high school and hanging out with my best friend. We built our friendship in that area of town, meeting up and chatting about life and whatever interested us. Granted, when we met up it was usually in sweltering heat, not when there was snow on the ground.

I was tempted to go out on the lake to get some really cool pictures of the gazebo, but that cold wind kept me on the shore. Also, I wasn’t entirely sure the ice was firm enough for me to go wandering out that way despite several days at -5 degrees.  I sat for a few minutes, just reminiscing about happy times from high school. Sitting there really made me want to get in contact with that friend of mine (spoiler: when I got home I messaged him).

The other reason I chose this gazebo was because I wasn’t sure it was going to be here next year. My hometown is doing some renovations in that area, so the gazebo and boardwalk might get torn down.  I’m not entirely sure that they’re going away, but I wanted to be sure that I went and visited that area just in case.

For my little offering (in exchange for my happy memories and nostalgia), I left behind my business card. As cheesy as it is to say, my novels are part of me, so leaving the card behind was leaving a bit of me behind. I left it exactly where I had been sitting in the gazebo. I hope that the card didn’t get caught up in the wind!

LL Lemke is from Oconomowoc, Wisconsin. She loves writing science fiction and fantasy— or anything that is character driven. She still kind of wants to be a superhero or a ninja. She has a soft spot for villains in fiction.  She also loves reading (which is one reason she's Germ's indie book reviewer). Some favorites are Neil Gaiman, Chuck Palahniuk, George RR Martin, JK Rowling... If she met any of them, she’s pretty sure she'd be completely unable to form coherent sentences. She is also a martial artist, with a 2nd degree black belt in taekwondo and currently training for her 3rd degree. She loves the martial arts almost as much as she loves writing. She enjoys incorporating the martial arts into her writing as well!  You can find her on tumblr and twitter, as well as visit her author page and blog.  Want to recommend an indie book for her to review?  Contact her at laura@germmagazine.com. 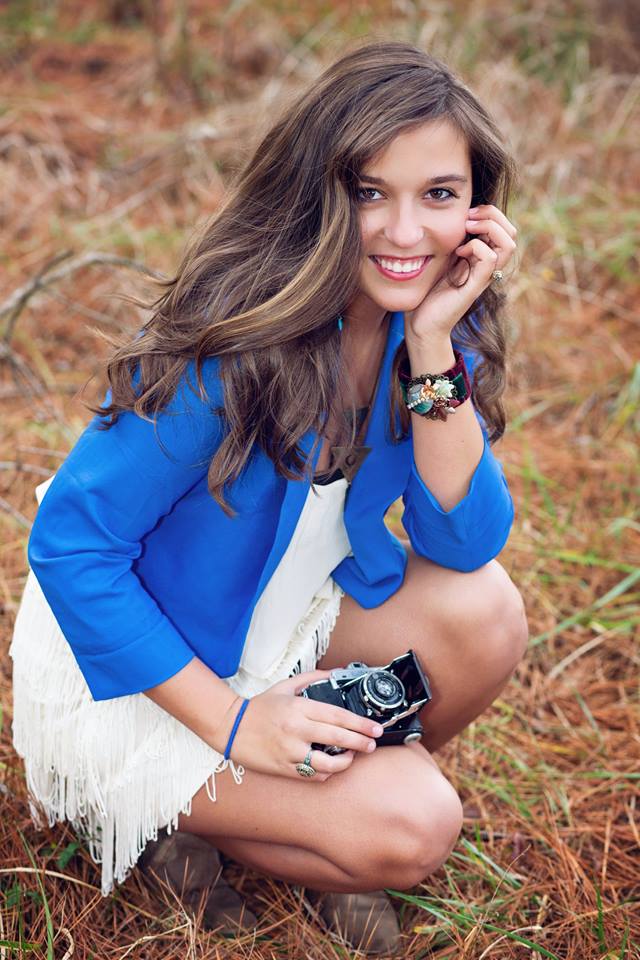