In June of 2013, two days after finishing up work on my seventh book and sending it off to my New York publisher, I had an idea for another story.  This, in spite of the fact that I was burned out and ready for a much needed break—I’ve been writing back-to-back books for the past couple of years. 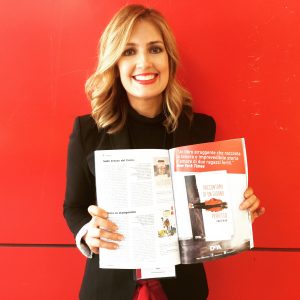 This idea was different, however.  For one thing, it was personal.  For another, it was YA. I’ve spent my career in adult fiction and nonfiction, but creatively, I was ready for something different.

I wanted to write something edgy.

I wanted to write something contemporary.

I wanted to write something tough, hard, sad, but funny.

I wanted to write from a boy’s point of view.

I wrote the novel quickly, and two months later sold it to Knopf/Random House.  All the Bright Places is about a girl who learns to live from a boy who intends to die and was released in early 2015.

In the book, Violet, my female character, creates and runs a web magazine called Germ.  As I was writing the book, I thought, What if I were to create an actual Germ…?

And I was once again off and running (I’m like that).  I didn’t have much more than a—well— germ at the time, but I knew the site needed to be not only fun and entertaining but informative, empowering, activating, and inspiring.

We like pretty things but we’re also concerned with the tougher stuff.  Think of us as the Katniss Everdeen of magazines. We intend to tackle issues big and small, serious and funny, hard and helpful, while also encouraging writers and artists and other creative types to share their work.  And while we might be more geared toward girls, guys are welcome too.  We hope they’ll come and hang out and maybe send us love letters.

Although Germ originally grew out of All the Bright Places, it has quickly taken on a life of its own.  With a staff of forty-four (and counting), we are, if I may say so, an impressive and illustrious (not to mention prolific) group of folks.  We are writers, artists, designers, photographers, musicians, editors, students, teenagers, and adults.  We love what we do, and we hope you will too.

So join us!  And let us hear from you.  As we like to say, you start here.