I was always a little plump. Plump meaning “having a full, rounded shape: slightly fat.” As a child, people referred to it as my cute, little baby fat, but when you’re a socially awkward sophomore in high school, the title changes. Up until the previous year, I had not given much thought to my shape or appearance. I knew that brown shoes and black pants did not match, but that was the extent of my idea of fashion. My weight had not really been an issue either. I never really surveyed my body in the mirror. There were some of my classmates that would call me fat; not many and not often, but I remembered. That was when I became self-conscious. The other girls in my class were still the height of seventh graders and were all below ninety-five pounds. I stuck out. I wanted to look like them and fit in, but I would not have destroyed my health over it.

Around November of my tenth grade year, I came down with something. I don’t specifically remember what it was. It may have been the flu or a virus. Whatever it was, my parents drove me to the Hattiesburg clinic to get a shot. We walked in, I got the shot, and soon after we left. Not long after, it felt like my sickness worsened. Ten times worse. For the next few days, my fever only climbed. I was constantly found with my head hovering over the toilet in the bathrooms. I didn’t want to eat for fear of vomiting later. I had dreadful headaches and slept more than ever. I didn’t even have the energy to pour myself a cup of water.

As sick as I was, I didn’t notice the bagginess in my clothes. This did not go unnoticed by my parents, though. Once they got good and anxious about it, we drove back to Hattiesburg. As we waited in the patients’ room, my mother combed her fingers through my hair as I laid my pale face in her lap. The nurse had already run tests, and the doctor was looking at them over his glasses.

He made remarks concerning my frailty and then stated (and I paraphrase), “The antibiotic in the shot you received killed not only the bad bacteria in your stomach but the good as well.”

That statement did not do anything for me. “Good bacteria” was such a bizarre idea to me, but I quickly learned that this good bacteria was very necessary. Mr. Doctor explained that when I received the shot, the dosage was too much, and it worked too well on me. Lovely, I thought.

A nurse came in with another syringe, and I cringed. I was conditioned now to fear shots. Mr. Doctor also explained this shot was properly measured, and would help me grow good bacteria.

While this shot did help, it was an incredibly slow process. I still fought to keep anything down and struggled with fever. I couldn’t miss much school, so I just brought my symptoms with me. It was days full of grits, crackers, and gross protein shakes. After two months of this long, tiring, no-less-than-agonizing process, the good bacteria in my stomach managed to grow again. After these two months, I even made it a whole day without vomiting.

Mr. Doctor wanted to see me again for a check-up to see how I was doing, so we went back. The nurse called us and did the usual weight/blood-pressure stuff. She raised an eyebrow when she took my weight. To sum things up, I had gone from one hundred thirty-six pounds to one hundred ten. I had gone from a size six-ish to a size two. I had lost twenty-six pounds.

Immediately when we got home, I sprinted to my room, ripped off my clothes, and stood in front of the mirror. I stared wide-eyed like I had never seen my body before. There was no fat hanging over the elastic of my underwear anymore. My thighs barely touched. It shown in my face how much weight I had lost. This was not even the same body. I could not recognize myself. It was such a change, I had to buy new clothes. I had “grown out” of my usual size sixes.

Once I was back to normal health, school had changed. I wasn’t the fat girl. I was not so scared to talk to people anymore. People noticed me. I was almost bitter too. It had taken twenty-six pounds for anyone to notice me. Nonetheless, I walked around school in my new, smaller uniform feeling good. The teachers noticed too. Their comments were things like: “Look at you, skinny Minnie!” or, “I remember when I was that thin!” But it wasn’t without a price. I had spent two months vomiting daily, craving real food, wanting to stay home, crying, while I waited for my bacteria to grow back. It felt as bad as it sounds. It wasn’t as if I had subscribed to one of these commercial weight lost systems.

Everywhere I went, if someone knew me, they would bring up my transformation. “Whatever they gave you, I need some of it too!” “Where did you say you got this shot?” “You got any more of that stuff?”

Some of these women were not joking. It was sad to hear. It was bittersweet. I know how much pain and pressure are put on girls to be thin and boys to be muscular. This rollercoaster of an event ended with a slimmer me and the bitterness I have towards people. No one had noticed me until there was less of me to see. I saw through other people’s claims of acceptance, the truth underneath. People are shallow.

Eventually, I let the joy from my weight loss take over. Of course, I was still self-conscious for fear that if I gained the weight back, I would slip out of others’ view. I did not want to become unnoticed again. I was so pressured to keep up this scene, I started wearing makeup and getting into the trends. It was fun. That is the truth, but an unnecessary hassle too. Beginning my senior year, I discovered I didn’t like some of these trends I was following. It wasn’t my style and certainly wasn’t original. I found my own tastes, and I am happy. While sometimes I do struggle with insecurities about my body, I am learning that being yourself is truly the best thing you can be. The limelight is not worth sacrificing your originality.

Rebeca Talley is 19 years old and is an Art major student at the University of Southern Mississippi. She loves drawing, painting, and occasionally writing.

Either the Wrong Time, or Somewhere a Wrong Turn by Drew Shinozaki

The Girl Who Writes by Jasmina Kuenzli 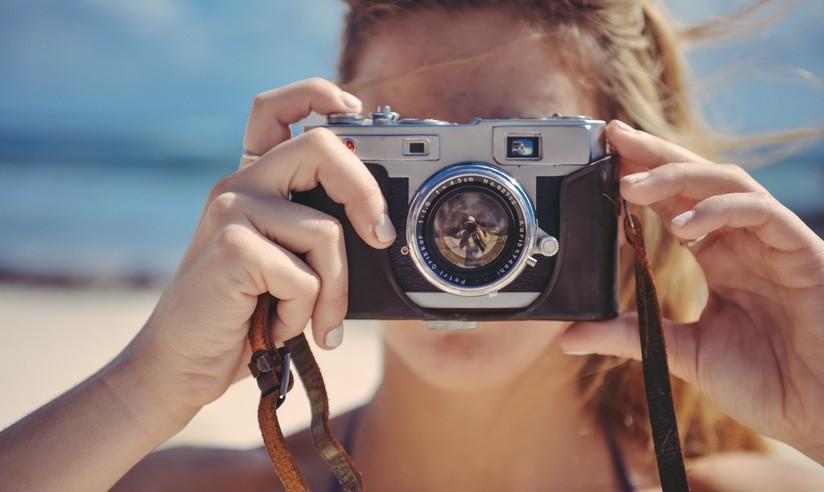