Considering we had been roommates for seven months, I felt like an outright fool when I finally realized that her eyeliner was tattooed on. For months I had regarded her winged-eyeliner skills in amazement and terror, because a woman who was able to rise at such an early hour with impeccable eyeliner was someone to be feared. I now realized this was not the case.

Those monumental black wings didn’t float away along with the torrent of her tears. Now, clear tears rushed down her face, staining her soul. I watched as she wailed around in her king sized bed, destroying everything she could grab with her flying fists — the drapes, the bed sheets, the canopy swinging inches above her head.

“Josie, Josie, what’s wrong?” I breathed, at a loss for words. She was always so composed and elegant. This tirade of hers was horrifying.

At my voice, she snapped out of her fury, her blue eyes wide and wild. She scrambled over to me through the sea of bed sheets, like an excited animal. Her hands skimmed over the light hairs on my arms, caressing my shoulders, and then tightly grasping my face. Her lips quivered around her words. “Don’t ever let anyone do this to you — not anyone! No matter how beautiful, how charming…” she fought for the right words, her eyes spilling with more tears. “How disgusting they are! Don’t let anyone ever reduce you to this. Never give them this much power.”

I nodded, feeling like a bobble head with a loose spring, because I knew that was the reaction she needed. She nodded, more to herself, as if she would say “good girl.” I could be a good girl and she could be one too, if she just believed in it enough. 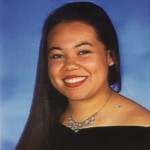 Victoria Alvarez is a seventeen-year-old writer hidden somewhere in South Florida, hissing at the heat and scribbling in tattered notebooks. She writes to mimic the things she likes, whether it is beautiful people, television programs, or captivating novels.