“Talent comes everywhere, but having something to say and a way to say it so that people listen to it, that’s a whole other bag. And unless you get out and you try to do it, you’ll never know.”

—Bradley Cooper, A Star Is Born. 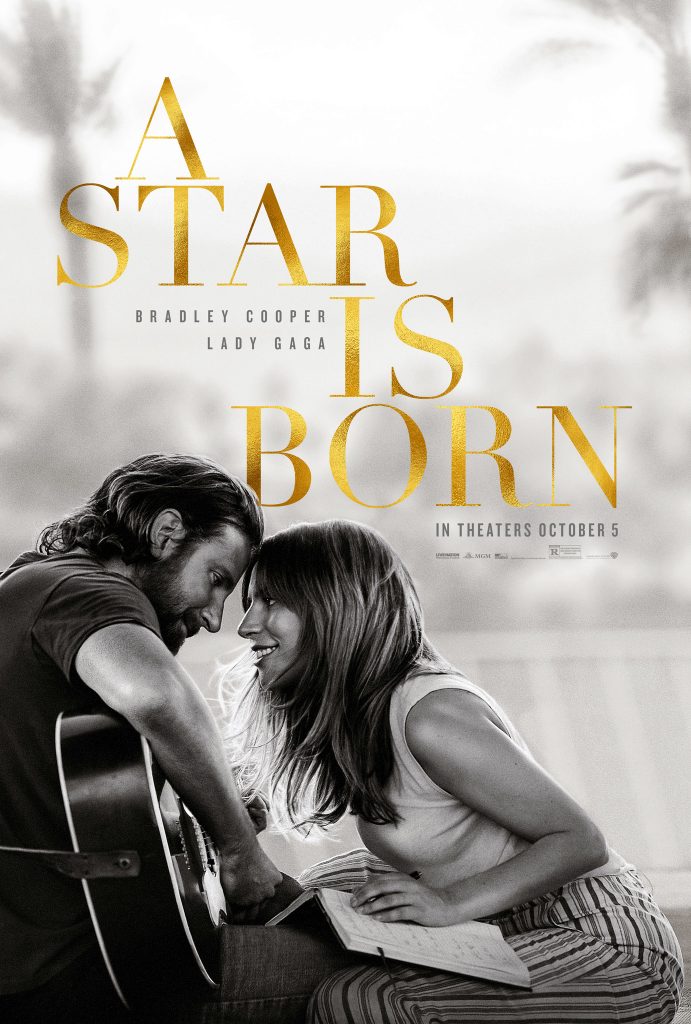 Fame. Fortune. Love. Addiction. A Star Is Born brings new life and heart to a classic story, displaying the challenges of love and addiction. Both Lady Gaga and Bradley Cooper give the best performances of their lifetimes, developing a heart-wrenching and beautiful story of pursuing one’s dreams and loving someone through their suffering, no matter the consequences. With spectacular musical performances, an unforgettable romance, and a tragic end, A Star Is Born provides the heart with movie magic that hasn’t hit the big screen in some time.

Jack is an addict, popping pills by day and walking the streets at night, drunk and alone. But when Jack stumbles upon Ally performing in a drag bar, he begins to see life differently and even falls for the girl who everyone says will never make it because of her looks. The two form an unlikely friendship and romance as Jack offers Ally the chance of a lifetime, to take her career on the road and to reach the fame she has only ever dreamed of. But as Ally’s career furthers and Jack’s drinking worsens, the two begin to drift apart, and their love story becomes uncertain. But even in the darkest of moments, Jack and Ally hold tight to their love and the life they built together, despite the trials that are certain to come.

A Star Is Born focuses on flawed, broken characters, and unfortunately some of its messages seem to be a bit flawed as well. Some material may prove inappropriately romanticized and some plot lines insensitive and triggering — such as the climactic ending and the abusive relationship between Ally and Jackson. Overall, though, the story is moving and is worth the watch.

This film left me broken and bruised but also astonished. A Star Is Born captures the complexity of romantic relationships and fame, depicting even the darkest moments that many films aren’t brave enough to delve into. And on top of the fantastic plot and music, Lady Gaga and Bradley Cooper provide performances that are truly Oscar-worthy. From their voices to their realistic portrayals of the human experience, both actors are certain to be a part of one of the most magical and spectacular films to hit theatres this year. Viewers are certain to leave this movie with both a smile on their face and a box of tissues in hand.

Jack wants to find meaning in his life again. Ally wants to be the singer she knows she can be if just given the chance. Together, the two find happiness, success, sadness, pain, and ultimately one of the most epic love stories imaginable. With a powerful album of songs and a cast of some of the best actors of our time, both new and established, A Star Is Born is certain to win over both viewers and the Academy. This is a movie event not to miss.