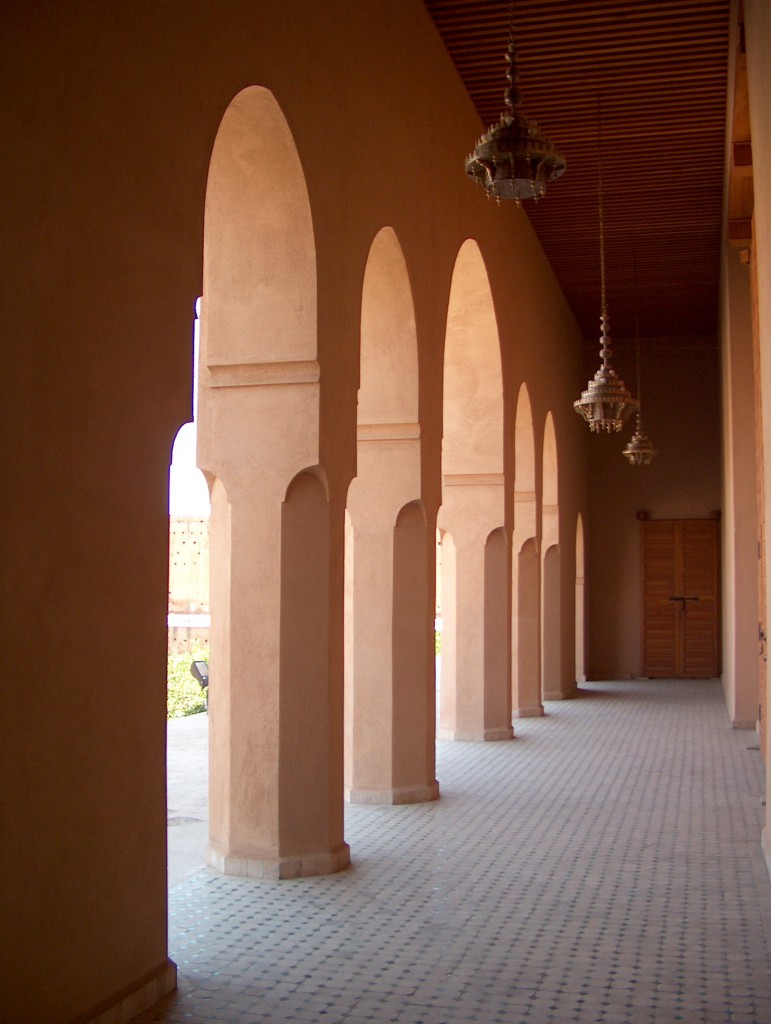 You didn’t grieve your son’s death, not for one full year, because you didn’t realize that he was dead. You went to the burial, you tucked your head into Driss’s shoulder and wept, but it wasn’t a weeping for the loss of your son, because at any moment your son was going to come running back through the front door of your house saying Oumi, I want a drink of water. You were weeping because of the mass hysteria all around you; you were weeping because the wind cut so cold against your chest; you were weeping because the words of the imam sounded so crisp and insensitive against the wailing of your own mother. Or, more honestly: you didn’t know why you were weeping. You found the water there in your eyes, felt it brimming over until it was running down your cheeks, and once the tears fell, it felt like such a relief that you found you could not stop.

But you didn’t understand why your son had died, and so you didn’t understand that he had died at all, and you weren’t bitter, not once in that year, because your arms still held the muscle memory of holding him, and for you, he was not gone, not in any way that was final. He’d just wandered off, quickly as his toddling legs would let him, and fallen off a ledge between houses.  And you didn’t know, either, how he’d even climbed up there, which made it less likely that the fall, and then the death, had actually happened. But in some other plane of existence he fell, and he made enough of a fuss that you went out to the side yard and scooped him up. He stopped crying as soon as you did so, and in any case there were no tears, but just to be safe you closed the front door and told him to play in the living room. He bounced his little blue ball for half an hour, until you heard something fall over, and you already knew something terrible was happening but you finished scouring the pot anyway–he wasn’t crying, after all–and by the time you got to the living room he was shaking in seizures and then there was screaming telephoning hurrying pounding running shaking voices and more screaming, and then the emergency crew was carrying him away with a sheet over his sweet little angel’s face, and they were telling you how sorry they were but you were telling them that nothing had happened and they need not be sorry, you were screaming it at them, only it turned out you were only screaming it in your own head and no one was hearing and they were all just looking at you, who was lying on your own divan, you a speechless woman whose high olive skin had blanched all the way to white.

And then, almost a year later, it happened to a man driving on the route from Marrakech: he hit a bump and his car flipped over and though it was said that his face wasn’t even bruised, he died, of massive, invisible bleeding in the brain, such as apparently happened occasionally to people on the planet earth. It was only then that you realized what had happened to your son, only then that you would shut yourself up in your bedroom for days when you heard of another pregnancy in the neighborhood, only then that you would see small children walking with their mothers into Savons Mogador and have to look away. Driss would take their orders, their money, their credit cards. You would retreat to the back of the shop and count gift labels.

And then the young girl showed up one day at Nasr’s shop with a child exactly the same size as your son, who was frozen in time now at the age of twenty-seven months. The young woman showed up again the next day, and the day after that–she’d come there to work, and you thought it was Allah trying in his gentle way to either chide your or heal you, and you couldn’t decide which but you really wanted the healing. And so when you noticed that the little girl alternated between just two outfits every single day of the week, you gave this young mother your son’s clothes. When you saw that the little girl seemed hungry and thirsty, you gave her food. Money to go buy orange juice. “Our shop’s not so busy. I’ll keep an eye out for her,” you told the young mother, because Allah had already worked on your heart to such a degree that you wanted this young mother to have the happy ending you didn’t, and when finally the fiddler started showing up at Nasr’s shop to talk to this young mother and sometimes bring her a single rose from the flower seller, you were overjoyed.

So when the American woman came and took the child down the alley, you didn’t think twice about it. The woman was so obviously American–tall and boxy, with curly black hair, full of peace and light. Delightful, like almost all of the colored American women who came in your shop, wondering at the goat’s milk soap and the argan oil. And the woman looked so similar to the child it was as though they belonged to each other already. And she brought the child right back to the alley the first time, and the child seemed so happy, and when you saw the sheer delight in her face you wished that the woman could take the child for ice cream every hour of every day. And there was little question in your mind that she’d bring her back the second time: this American woman was just doing a sadaqah, a little charity, so that she could get back on her plane to the United States and feel that she’d really done something for her Motherland.

But then, that second time, she didn’t bring the girl back.

Or maybe the second time, the woman got a little lost in the winding medina whose logic seemed to elude all Americans. The medina was so American-proof, perhaps, that the woman had simply left the girl in the wrong alley, and the girl was making her way, and would be back any day now. Or maybe the girl got so lost she ended up in another mother’s home, or the child sellers took her, or she fell off a ledge.

But what you really think, because now you know you’re capable of thinking anything into reality, is that the American woman saw the sheer delight in the girl’s face, and she decided that the child should indeed have ice cream every hour of every day, and so she took her back to the United States to make this happen.

If you can turn over your son to Allah, this young woman who’s too young even to be anyone’s mother can surely turn her daughter over to a simple American. It is niyya, it is obedience, it is the divine plan of Allah. To be unwritten by no human. 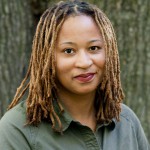 Jacinda Townsend studied at Harvard University and Duke University Law School before receiving her MFA from the Iowa Writers’ Workshop. She lives in Bloomington, Indiana, and teaches creative writing at Indiana University. Saint Monkey is her first novel.