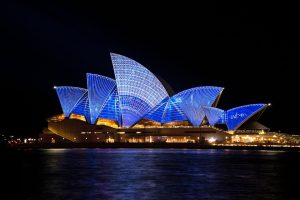 Every January, Australians argue about the same thing: Australia Day. Whether it should be celebrated or not, when it should be, its name, etc. I, personally, don’t exactly know the true meaning of America’s 4th of July, so, for anyone outside of Australia, I thought I’d give a bit of background knowledge of what Australia Day really is and what it means to us – and why there is so much controversy.

On the 26th of January 1788, the first fleet of Europeans came to Australia. It had eleven convict ships and was led by Captain Arthur Phillip. They saw it as an opportunity to claim; however, the land was already occupied. Not owned, just used. 750,000 Aboriginal people were the first to live in Australia, and they saw it as a free country, with wide space to roam as the natural nomads they were. They didn’t farm or have fences, so Europeans figured that the land was free to take and put their names on. To Aboriginals, Australia Day is Invasion Day; and, we didn’t just pinch their country, either.

The first European settlers to move to Australia treated the Aboriginals like animals. That was actually how they were perceived, as flora and fauna, until 1967. 1967! For almost 200 years they were tortured, murdered, used as slaves, raped, and more. Even today they are still discriminated against.

So Australia Day was the day we started our country. It was the day it was officially a new place to live. Something to celebrate, right? But is it right? Should we be celebrating the first day the Aboriginal people were put through hell? What if your family went through something similar? Would you want to be reminded of it every year on the very day it happened by a firework show?

Some say we should change the date. That way, we would be celebrating something more positive for everyone. We would give them the respect and still get to party with a few coldies. I agree with this. What’s your opinion? Sound off below!