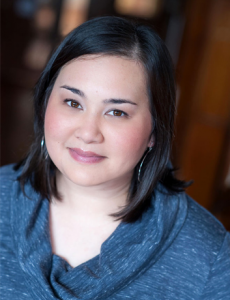 Emiko Jean is the debut author of We’ll Never Be Apart, which was released on October 6, 2015. We’ll Never Be Apart follows three teens as they embark on a dark and dangerous journey of self-discovery, growing up in a world of insanity and childhood neglect.

Despite the ominous tone of the novel, this story is still a coming-of-age tale, and it is sure to attract anyone who is willing to follow Alice, Cellie, and Jason as they uncover life-altering secrets and eventually see the world as it truly is.

Synopsis of We’ll Never Be Apart from Emiko Jean’s website:

That’s all seventeen-year-old Alice Monroe thinks about. Committed to a mental ward at Savage Isle, Alice is haunted by memories of the fire that killed her boyfriend, Jason. A blaze her twin sister Cellie set. But when Chase, a mysterious, charismatic patient, agrees to help her seek vengeance, Alice begins to rethink everything. Writing out the story of her troubled past in a journal, she must confront hidden truths. Is the one person she trusts only telling her half the story?

As a reader, I found the characters in We’ll Never Be Apart to feel completely realistic. How were you able to accomplish this?

Wow, thanks! Character arcs are notoriously difficult for me, so this is a big compliment. With any character arc, I start with a flaw. Not just any flaw, but a big internal flaw, something that holds them back. I believe a well-thought-out flaw endears the character to readers and makes characters seem more realistic.

What/who was your biggest influence while writing this novel?

Before I was a full-time writer, I was a teacher. My first year I taught at a really rough school, most of my students were underprivileged. A natural part of the student population was foster children — their stories became the seeds with which I eventually sowed WE’LL NEVER BE APART.

What elements did you have to research for this novel since it contains many issues involving mental illness and psychotic behavior in teens?

I researched a lot for this novel. Resources I used were blog entries of mental health patients, medical journals, etc. I even consulted with a young adult adolescent psychologist who was able to give me a real understanding of how mental health institutions work and of the patients that inhabit them.

While reading this book, I was conflicted as to what type of novel it actually was. Do you consider We’ll Never Be Apart to be a coming-of-age tale or a horror story? Maybe even a little of both?

For sure both! There are plenty of thrilling, heart-stopping moments (that may venture into the horror category) in the book, and that is intentional. Those moments are used to exemplify certain themes in the novel, themes like overcoming adversity. Which when you think about it — overcoming adversity — is a coming-of-age theme as well.

What authors or books have had the biggest influence on your work?

So many! I recently read Bone Gap by Laura Ruby and found it so fantastically lovely that I couldn’t help but highlight certain sentences/passages. I often turn to Shel Silverstein’s poems for inspiration. And of course, I read any thriller I can get my hands on — We Were Liars by E. Lockhart, Gone Girl by Gillian Flynn, Before I Go to Sleep by S..J. Watts, just to name a few.

Personally, there are so many different YA worlds that would be fantastic to visit. If you could choose one, which one would you live in?

If we could expand this to any world, though, I’d love to visit Fraggle Rock.

Finally, what advice do you have to offer teens who are looking to become authors or writers?

As a teen I never considered writing to be an option for me. So, it’s really important I tell teens that writing is totally an option and anyone can do it. The road to publication, of course, is difficult but not impossible. There is a lot of rejection along the way. I believe writing is about 1% talent and 99% tenacity. Also, the old advice of writing what you know is semi-incorrect. The advice should be: Write what you’re interested in and what is in your heart.