“Maybe for you there’s one thousand tomorrows…. But for some of us there’s only today. And the truth is, you never really know.”
–Lauren Oliver

On February 12th, the stars and the author behind the YA adaptation of Before I Fall came to Santa Monica, allowing readers to not only attend a signing and panel discussion but to also have a chance to see an advanced screening of the film. With a hundred devoted fans, participants were able to get their copies of Before I Fall signed and were also able to meet stars Zoey Deutch, Halston Sage, Kian Lawley, Medalion Rahimi, and Cynthia Wu as well as director Ry Russo-Young.

This event has been the highlight of my year, creating one of the most enjoyable and original book signings I have ever been to. First seeing that Lauren Oliver was doing a book signing nearby was thrilling enough, but when I heard that Zoey Deutch, actress in Vampire Academy and Why Him?, was going to attend, I could hardly contain my excitement. From a night of celebrating Lauren Oliver’s bestselling novel to getting an advanced look at the fantastic new YA movie, this event was one not to be missed. 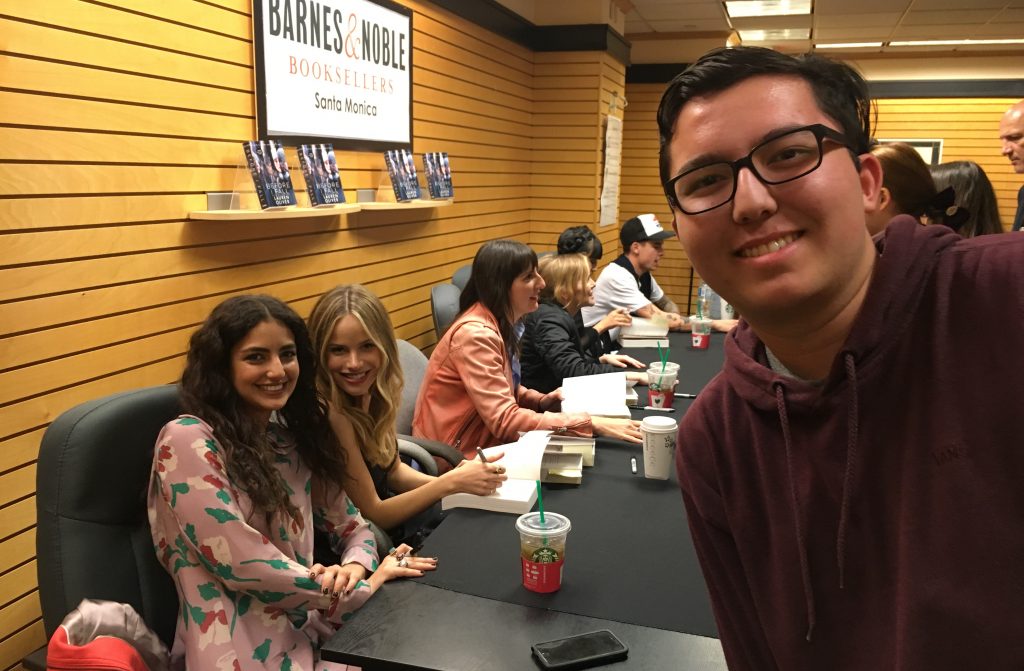 While the panel was interesting to listen to, the very best aspect of the night was being escorted up to the stars of the movie, row by row, and getting to have conversations with each one as they signed my copy of the book. Even though photos with the cast were not allowed and the security was extremely strict, rushing the line along the entire time, I was able to sneak in a few pictures with the stars; they were very nice and even helped secretly pose for a few photos with me while the security guards were distracted. Getting to acknowledge my love of their work and seeing how nice and genuine each of the them was topped the night and will remain as one of the best events I have been to in 2017. It’s not every day that you get to meet a group of celebrities and one of your favorite writers while also getting to see the premiere showing of a movie. What could be better? 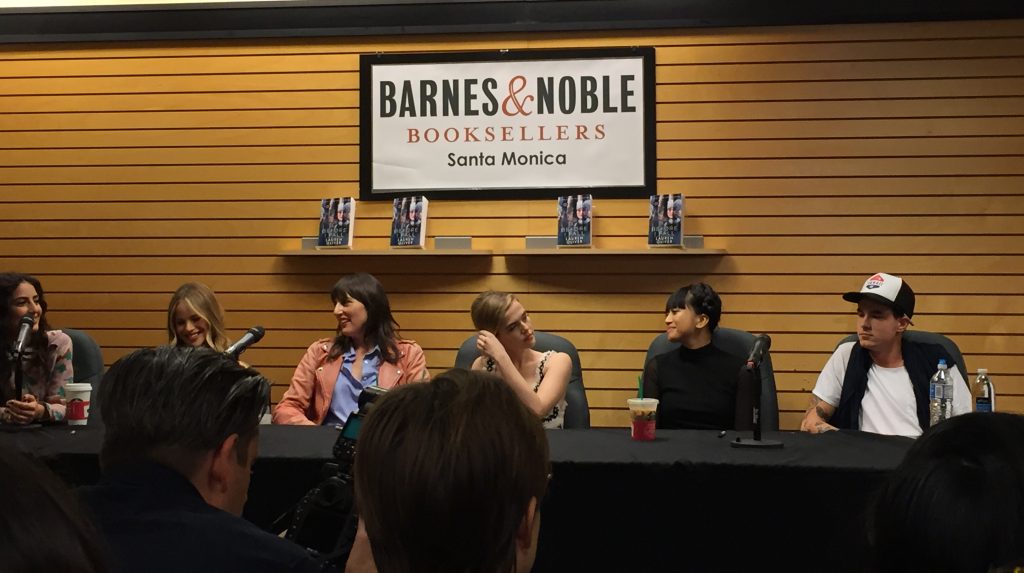 Once the event was over, the night transitioned to the screening at a movie theater down the street from the Barnes and Noble, and fans, including myself, eagerly waited in line for the movie to begin. After we all got into our seats and grabbed a bag of candy and a bucket of buttery popcorn, the viewing of Before I Fall began. I had high expectations for the film going into the theater, and, to be clear, the film surpassed my expectations by far, proving to be accurate to the book and well-developed; it includes a cast of talented and believable actors, and it tells a story that is sure to impact the lives of teen and adult audiences alike. 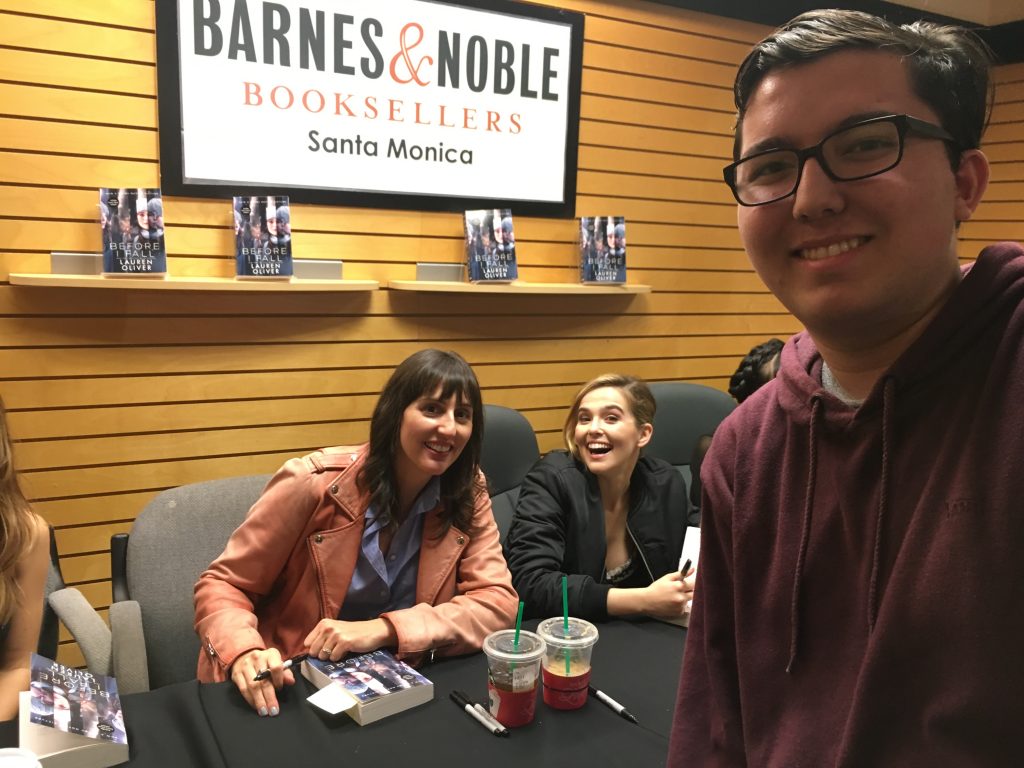 For those not familiar with the plot, Before I Fall tells the story of Samantha, your typical popular girl. She has a large group of friends, she parties regularly, and she has a boyfriend who cares about her. But when she gets in a fatal car accident, she begins reliving the same day over and over, realizing the life-altering fallout of her previous actions. With a clearer view of her mistakes, Samantha is determined to make the most of the single day she has left, improving the lives of others, making amends for the mistakes she has made, and realizing that every mean word and action has a catastrophic end result. 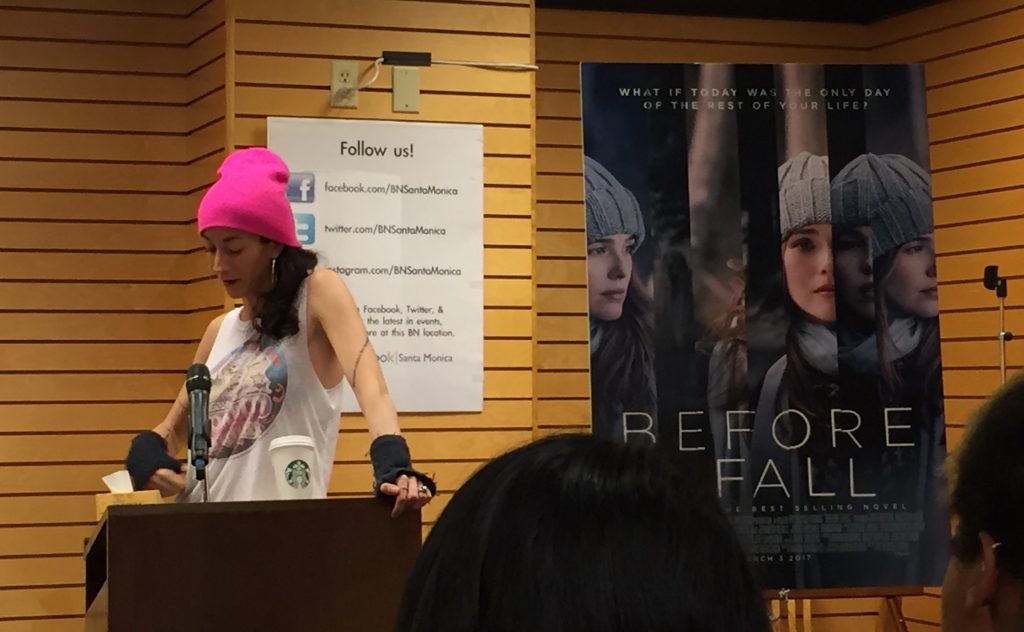 Just like the novel, the Before I Fall movie was beautifully executed and filmed. Each scene appears just as it was described in the book, sure to please loyal fans of Oliver’s work. While the film itself was expertly made, the dialogue and also the overall theme of the movie won over audiences, giving teens ideas to ponder and a clearer vision as to the damage of bullying.

While some of the film was difficult to watch, I found the overall message to be uplifting and entirely memorable; I will definitely be watching Before I Fall again in theaters when it is officially released. Oliver’s central idea about positivity and standing up against bullying translates wonderfully to the big screen and will resonate with everyone, including both those who have been bullied and those who have bullied.
For those looking for an impactful teen drama that actually contains depth in both character development and plot, catch Before I Fall in theaters on March 3rd, and follow Samantha as she relives a single day of her life over and over again, seeing the missteps she has made, the people she has hurt, and the positivity and love she can spread in the world.