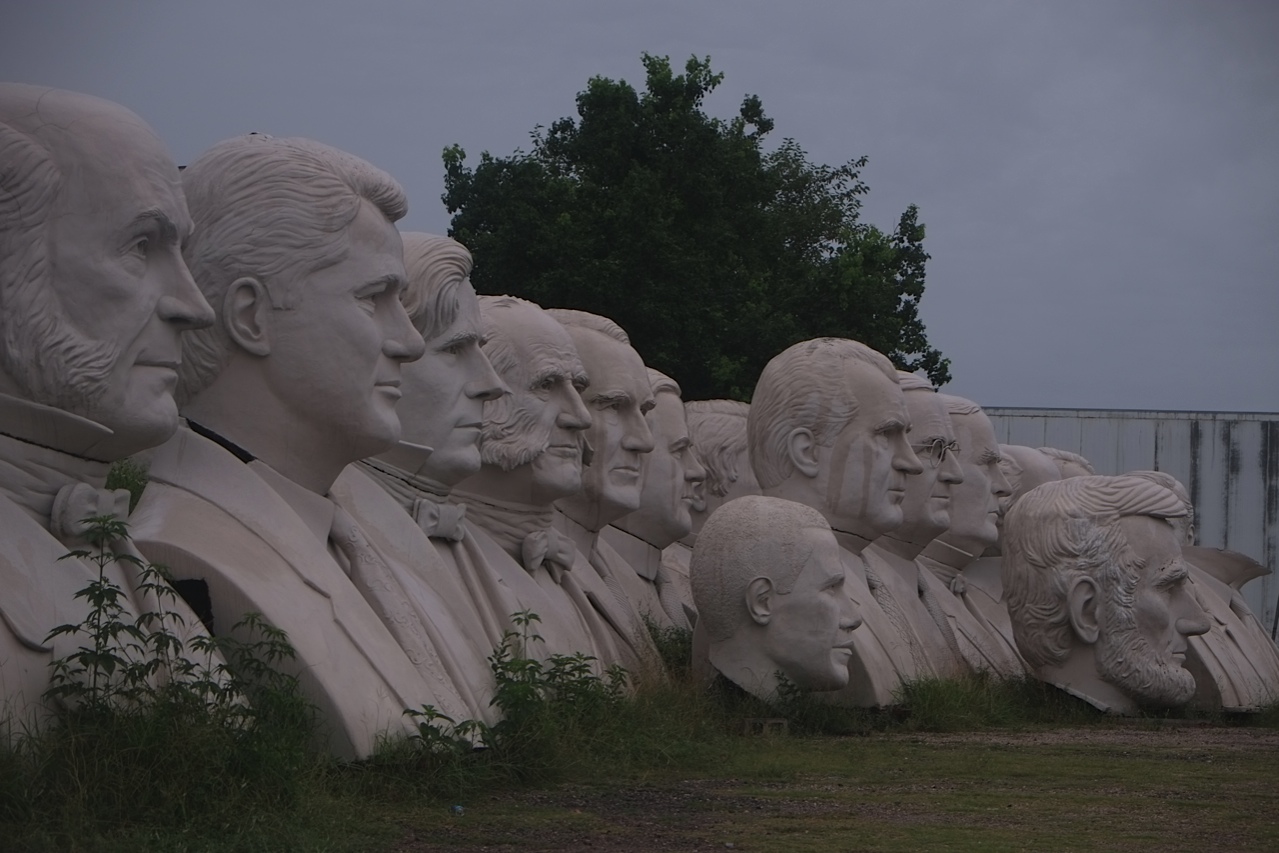 To the outsider’s eye, Houston is a fairly generic city. New York is known for Broadway, Los Angeles for Hollywood, Chicago for pizza, Nashville for music. But what is Houston known for? If you were to ask a non-Houstonian what makes Houston special, you would probably get an answer involving a few cowboys, some barbecue, and a whole lot of blank pauses — an answer that could suffice for dozens of other American cities.

It’s true. Houston is not a touristy city. And because of this, many people know nothing about it. As a previous outsider, believe me, I understand. But as I slowly (very slowly, mind you) transition from the position of an outsider to the position of an insider, the city starts to uncover the many secrets it has to offer.

To prepare for my next wandering, I typed “weird Houston” into my browser. Up came lists and links of different sites to visit in the city. One of the most common was Sculpturworx Studio. Intrigued, I clicked the link. When I decided that the level of bizarre was satisfactory, I found the address on a map; and, one rainy afternoon, my mom, sister, and I drove to Sculpturworx Studio to see what the deal was.

As we pulled up, I was utterly baffled. I didn’t even know what to think, much less what to say. 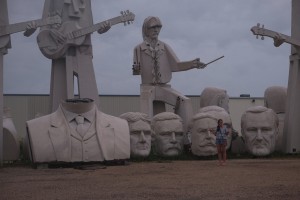 You see, Sculpturworx Studio is composed of gigantic statues, and I am using gigantic in the truest sense of the word. Enormous busts of American Presidents fill this large, gravel-covered lot. The heads of Kennedy, Washington, both Roosevelts, and many more rose far above me. Four other statues of the Beatles towered stories high in the air.

I walked around the lot, dodging muddy puddles and getting dusted with raindrops. I passed the extensive row of presidents and was delighted to find the few busts that were without heads and the statues that displayed only the back of some of our founding fathers, complete with ponytails and ribbons.

Finally, I got back into the car and drove away, just as speechless as when I arrived.

Strangely, this park gave the sensation of total isolation as if I were in the middle of nowhere. Turning the corner, it was a jolt back to reality to see a Target and a gas station sitting there as if nothing extraordinary were just down the street.

So let me return to my original question: “What makes Houston special?” No, the answer is not weird giant heads, although that is certainly a part of it.

Houston is an insider city — a city that is special for the people that live there. It has this big art culture that is almost hidden away from the normal people in the outside world. On the outside, it appears so ordinary; but, on the inside, the city is very unique.

I don’t want to die in Houston. I am anxious for the day that I graduate high school and can get out and see the world. And to be completely honest here, I don’t absolutely love the city either (blasphemy, I know). It’s just that Houston requires work to enjoy. One has to work really hard to find the world that is hidden behind the façade of department stores, strip malls, and normalcy.

I think that’s why so many long time Houstonians love their city. They know its mysteries; they know its hidden nooks and crannies. I think the answer to my question is that it is a secret. The things that make Houston unique are things like these massive presidential heads — things you have to find by yourself. The accumulation of the bizarre, then, is what makes this city its own and what makes people proud to call it their home.