“Tact is the art of making a point without making an enemy.” — Isaac Newton

I am a southern girl at heart. I was raised by southerners– a southern mother, a southern daddy, southern grandparents, a giant, closeknit southern family. As I’ve made my way out into the world, personally and professionally, I’ve taken all the things I’ve learned from all those southerners and applied them to my life. I try to be: gracious, kind, thoughtful, reliable, and tactful. It was the way I was taught to be. 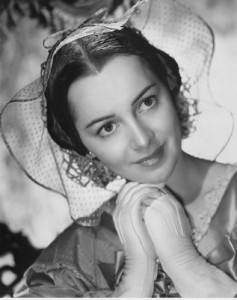 Unfortunately, the world we live in can often be, for lack of a better word, untactful. My father may have been raised largely in North Carolina, but he was born in New York, a place he always felt more at home. For all his depth of sensitivity, he could be impatient, no-nonsense, and sometimes abrupt. My mother taught me how to be gracious and my dad taught me how to stand up for myself and make my point (he was fond of saying: “Be Hemingway, not Dickens. If you’ve got a point to make, make it and don’t beat around the bush.”) (In southern terms: “Be Scarlett, not Melanie.”). One of the hardest things to learn as a professional writer is how to write sensitively and observantly, opening your heart and yourself completely for all the world to see, opening veins and bleeding onto the page, and then send that writing out into the world to agents, editors, readers, bloggers, critics, friends, strangers, the guy down the street yelling at his dog, the woman in the grocery store with her basket in the middle of the aisle, the man on his cell phone who almost drove you off the road. Everyone will have something to say about it.

You have to be able to work closely and well with your professional contacts while also speaking up for the things that are important to you, letting them know if you don’t like the cover they’ve created, negotiating business terms, defending a portion of the book that you know belongs there, protecting your work and yourself, as you would your child, if they are asking too much or presuming too much or not doing enough for it or for you. This is the part of the job that I dislike because even though I will always stand up for my work (it’s easier in some ways than standing up for myself), it can still be uncomfortable. As my mother says, to be a writer you have to have the soul of an angel and the hide of an armadillo.

Years ago, my mom was working on a book for a publishing house that was also publishing a Very Big Name. He was a difficult, volatile political figure who was being paid a million dollars for his memoir. My mother’s important, groundbreaking literary biography was all too often pushed aside so that the people at the publishing house could focus solely on the Very Big Name, who wasn’t even writing his own book and was having tantrums left and right. The publisher knew whereas the Very Big Name would only be difficult and demanding, my mother would be gracious and forgiving, and so they presumed once too often on her good nature. Finally, when her book was in actual danger of being pushed aside altogether, my mom– like the proverbial mother lifting the car off her child– confronted her publisher. As she said to him, “I may not have a million dollar advance, but I can sure as hell have a million dollar tantrum.”

Her wonderful literary agent, the late Lucy Kroll, once told my mom very early on in her career, “If you’re going to be a success in this business, we’re going to have to get rid of this magnolia s***,” which was how she referred to my mom’s good southern manners. My mom said, “You all had better be grateful for that magnolia s***. It makes your work a whole lot easier.”

And that pertains to life as well. Too many people– not just those in the writing and publishing and reviewing profession– don’t take responsibility for themselves, for the things they say, for the things they do. They don’t think about how something might sound or feel to the person hearing it. I’m not advocating lying or gushing. I’m advocating sensitivity. If you have something to say that may be challenging, there’s a way to deliver it thoughtfully and kindly. Too many people speak without thinking and presume on good natures and graciousness.

Be respectful (even if you don’t feel like it).

Be kind (even if you don’t feel like it).