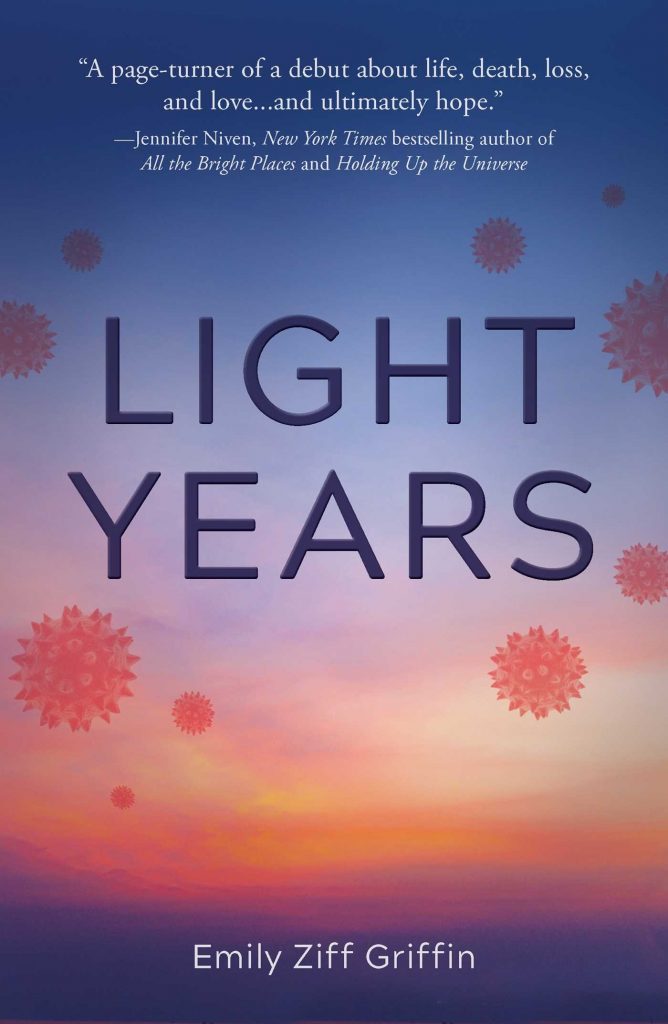 Luisa would never have guessed how quickly things would change. One moment she was a typical high schooler with her focus on moving on with her life and her overprotective mother. But when widespread sickness spreads across the globe, everything she once knew about herself and the rest of the world slowly begins to disintegrate. With a high-intensity journey of survival, Emily Ziff Griffin depicts the ups and downs of family life, the chaos of mass sickness, and the things we are willing to fight for in order to survive.

Light Years was nothing like I expected it to be. I did not read the back of the book to see the description before I read; I went in with no expectations other than a wonderful recommendation from author Jennifer Niven. When I first began reading, the plot and events almost felt like a contemporary teen novel, focusing on Luisa and her broken relationship with her mother. But once I got to read even more of the novel, I was completely surprised when characters began getting infected and Luisa and her brother, Ben, had to leave their sick father in order to survive. Also, the scenes depicting Luisa’s father struggling with alcoholism felt very realistic, which is sure to be relatable for teens who have parents with similar struggles. While Light Years was nothing like I expected, it was a thrilling and completely original novel that brings readers something very fresh, very entertaining, and very diverse in its storytelling.

While this book included plenty of elements that I found enjoyable, there were a couple points I think could have made this YA story even more of a success. As I was reading, I felt as though the action and the more gripping sequences took place further along in the plot, unlike the beginning of the story, which dragged on a bit. With more action and intensity scattered throughout the narrative, I think teen readers, especially male readers, would have found the storyline to be a bit more engaging and appealing. That said, this book is definitely worth reading, and I think the anticipation is something readers need to endure in order to get to the fantastic material that Griffin has to offer.

Luisa always wanted to move on and escape her mother’s clutches — but never this way. Now she’s on the run with her brother, the rest of the world is falling to illness, and nothing is certain. Released on September 5th, Emily Ziff Griffin provides a story that will hit readers emotionally, make them sweat with anxiety as they flip page after page, and also share a glimpse of humanity at its weakest moments. Get your copy of Light Years, and follow Luisa and Ben as they struggle to survive and to save the only family they’ve ever known.