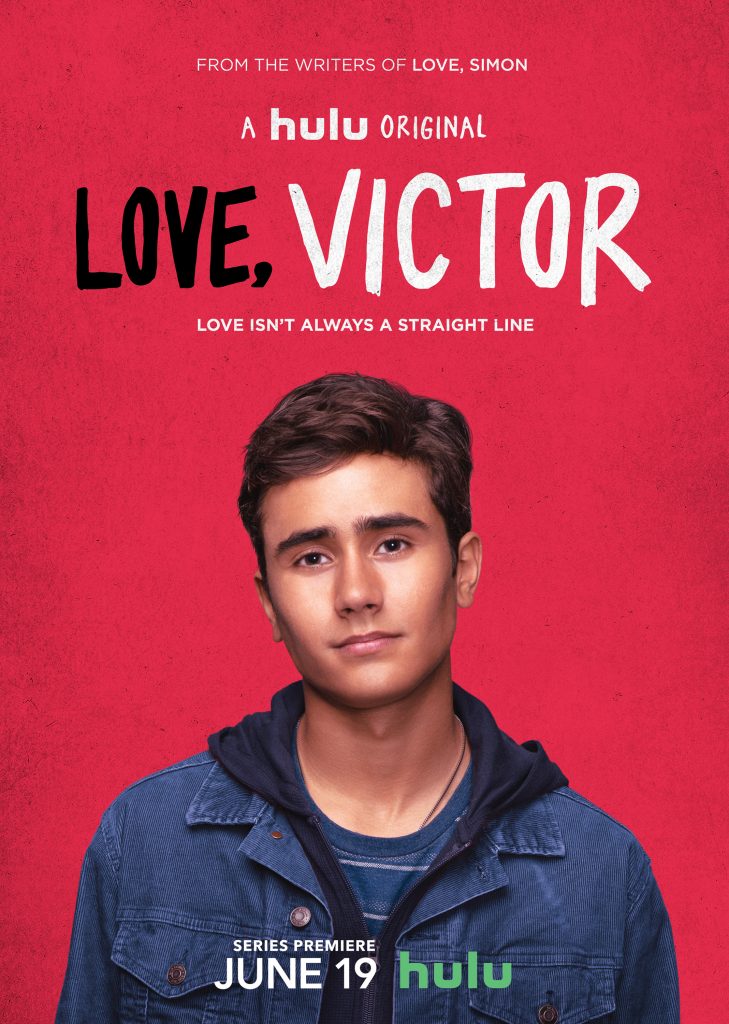 Looking for the perfect feel-good story to celebrate pride? In need of pure escapism during quarantine? Love, Victor takes audiences back into the warm, compassionate world of Love, Simon and introduces an arguably even more charming male protagonist that adds complexity and humor to the turbulence and confusion of adolescence. While different from Love, Simon, this series tackles new, more relevant issues but remains honest and touching in all of the same ways. Love, Victor is an excellent companion series that promises all the love and corny moments from your favorite rom-com and the brutal, heartbreaking story that is guaranteed in any groundbreaking coming-out story.

Victor and his family have just moved to Creekwood for a new start. His sister, Pilar, is struggling with her newly-formed long-distance relationship while his parents continue to harbor secrets of their own and try their best to make the most of their new apartment and living situation. While his family seems to be barely holding it together, Victor sees high school as a chance to finally make sense of one simple truth: He might like both boys and girls. Trying to make sense of all of his emotions, Victor befriends Felix, an outcast who lives next door, and two of the most popular girls at Creekwood, Mia and Lake. And just when Victor thinks he can finally tell the world his truths, he discovers coming out is much harder than he ever expected, even with the advice of Simon Speare. In love with both a boy and a girl, Victor must choose to either follow the plan the world has for him or live authentically and listen to his heart — something that sometimes feels nearly impossible. Both laugh-out-loud funny and devastatingly accurate, Love, Victor shares the highs and lows of high school, family life, and telling hard truths that seem unspeakably heavy.

When Becky Albertalli, author of Simon Vs. the Homosapiens Agenda, announced that there would be a Love, Simon television companion series, I was very hesitant. For the last couple of years, I have watched Love, Simon nearly a dozen times, eight of those times in theaters. I expected the show to fall flat and miss all of the marks that Love, Simon did. But now I must admit how wrong I was. Love, Victor was extraordinary in every way and a groundbreaking tribute to the LGBTQ community.

From start to finish, this series plays on every emotion and entrusts teens with heavy subject matters that often aren’t explored in adolescent television. Producers and writers have released a well-balanced series that remains authentic and explores the complex assortment of emotions and experiences that come with any high school experience, for both straight and LGBTQ communities. With Michael Cimino’s charm to the ties to Love, Simon, this series impressed me in every aspect. This is a series that demands to be binged and is certain to lead to many meaningful conversations with friends and family, hopefully speaking to compassion and love in all forms.

Victor feels lost and confused with nobody to help him process his attractions. Dealing with problems at home and trying to stifle the truth he wish he could forget, Victor strives to fit in and try his best to pursue true love, wherever that might lead him. From Ferris wheel rides to impromptu road trips, Love, Victor channels all of the adventure and levity of being a teenager while also showcasing the pain and difficulty it takes to grow up and forge your own path and truth.

Author Calla Devlin on the Importance of Journalism