Monthly Letter from the Editor

Happy March, Germies!
This tends to be the time of year for me when I hit a sort of slump. I lose a bit of the excitement and motivation that comes with the beginning of a new year, and it’s just long enough to make a routine feel like a rut. If you’re starting to feel this way, I’m sure you’re wondering, like I was, how we might break out of that.
Well, Germies, we fight it. We resist. For a lot of us, that’s been our default mood for the past year already, and 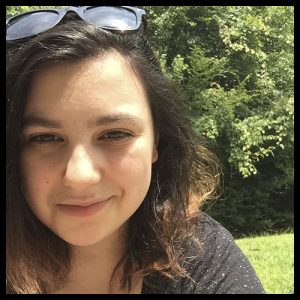 our book theme this month is a great example in how important it is to keep that up. I Know Why the Caged Bird Sings is Maya Angelou’s own story. She talks about growing up in the American South in the ‘30s and California in the ‘40s, and as you can imagine, she was faced with clear-cut, no-two-ways-about-it, disgusting, horrible racism. And that’s only part of her story.
But, what remains consistent throughout is the fight. Maya grew up without any kind of stability. She and her brother were moved around from guardian to guardian, city to city, but she managed to have a string of strong black women living as examples for her. They never let racism let them think they were less than anyone else, and that played a huge part in Maya’s search for identity.
I Know Why the Caged Bird Sings ends when Maya is 16. Of course, we know that there is much more to her life’s story, but she chose to conclude the book when she was still very young. A lot of things can happen to you at a young age, but I want to remind you all that you are still capable of great things. Never let your age detour you from speaking out or trying to make a change.
I’m reminded of the students of Parkland. Something truly terrible happened to them, but they have proven over the past few weeks that they will not be silenced. Most of them are not yet old enough to vote, but they are making a difference in our country right now. You can, too.
Whatever you’re fighting, don’t give up. You have a voice, and it’s worth something. Let ‘em hear you! Make a difference. Change the world.
Love,
Shelby
Social Media Director
Associate Editor
ABOUT GERM
Germ [noun] — the origin of something; a thing that may serve as the basis of further growth or development (as in "a germ of happiness").