Not all actors stand the test of time, but those who do usually have something that inspires others: their roles, their charisma, their charity work. They’ve even had loyal fans and gained some new ones after their deaths.

This month we take a look at the life and career of actress Debbie Reynolds, who passed away on December 28, 2016. You may be a fan because of her performance in Singing in the Rain (1952) or because of her many other films, or maybe you’ve never heard of the Hollywood star until now. Whatever the case may be, take a moment to remember and learn about her life and her career. This is February’s Old Hollywood Spotlight: Debbie Reynolds. 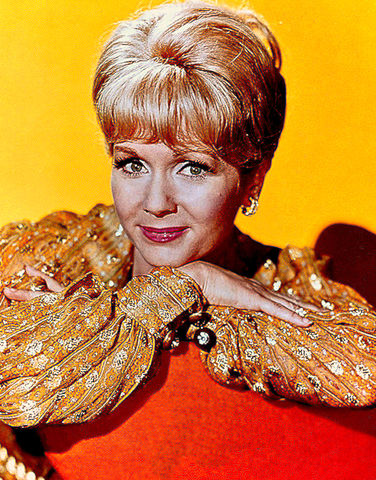 Unlike previous actors we’ve mentioned in this section, Debbie Reynolds did not get discovered by an agent while in acting school or while taking part in a play. Instead, at the age of 16, she won a beauty pageant and was discovered by a Warner Bros. film scout.

Debbie’s real name was Marie Frances Reynolds. She was born on April 1, 1932, in El Paso, Texas, and she got her movie break after her family moved to Burbank, California. Marie Frances became Debbie Reynolds, and she had small parts in June Bride in 1948 and in the 1950s musical The Daughter of Rosie O’Grady.

She then signed with MGM, where she would remain for 20 more years. While under contract with the studio, Reynolds impersonated Helen Kane (voice actress of Betty Boop) in Three Little words (1950), and she also appeared in the movie Two Weeks with Love (1950), in which their rendition of “Aba Daba Honeymoon” reached No. 3 on the Billboard charts. However, it was Singing in the Rain (1952) that launched her into Hollywood success. Reynolds was 19 years old when the movie opened in theaters in 1952, but it didn’t give her an Academy Award nomination. The success of the film and her first major performance led her to other major roles in The Affairs of Dobie Gillis (1953) and in the musical Give a Girl a Break (1953). In 1964, Reynolds got her first Academy Award nomination for the title role in The Unsinkable Molly Brown, the musical biography of the woman who survived the sinking of the Titanic.

The actress went on to trade the big screen for a few television appearances, including Divorce, American Style and What’s the Matter with Helen? She even had her own series, The Debbie Reynolds Show, but it only lasted one season. Acting roles were slowing down for her after the 1970s, but she still managed to have 84 acting credits in her career.

Being in the spotlight for more than 60 years meant that Reynolds’ personal life also made the headlines. In 1959, she divorced her first husband, Eddie Fisher — with whom she had two children — after he left her for actress Elizabeth Taylor. The following year, Reynolds married Harry Karl, but she filed for divorce in 1973 after his constant gambling with her money. She remarried in the 1980s with a real estate developer, but they divorced in the early 1990s.

Debbie Reynolds was more than a Texan thrown into the spotlight. She was an actress, an author, a wife, a mother, and an activist. Reynolds was one of the young actors who founded the Thalians in 1955, an organization that raises awareness and provides treatment and support for those with mental illnesses. She was elected president for the charity group, and she served for more than five decades, starting in 1957.

After her daughter, Carrie Fisher (Princess Leia in Star Wars), died on December 27th, Reynolds was heartbroken and died one day after on December 28, 2016.

Debbie Reynolds’ lively roles and charisma have become a part of Hollywood history, and her passion to support others has left a legacy that will inspire many and may surpass the test of time.