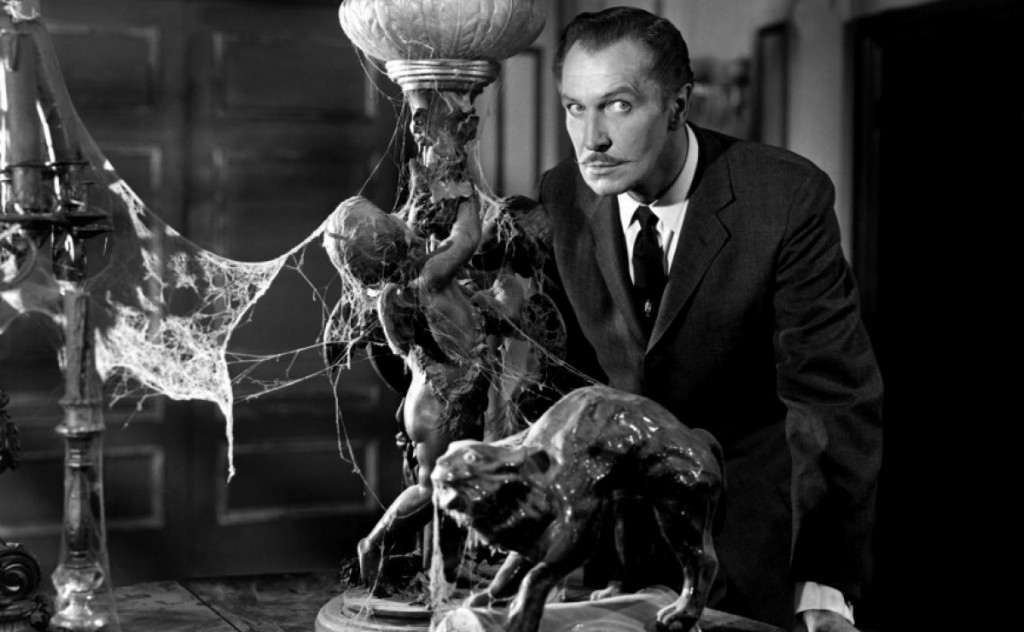 With Halloween rapidly approaching, there’s no better time than now to spotlight the one and only Vincent Price. Vincent made his career out of everything spooky and scary, thereby cementing his legacy as a master of horror and film noir. But even though many may tend to think of Vincent primarily in horror roles, he had a vast array of talents that allowed him to play a wide range of parts in any genre. Factor in all of these reasons, and it’s easy to see why Vincent Price is this month’s Old Hollywood Spotlight.

On May 27, 1911, Vincent was born in St. Louis, Missouri. Initially, his childhood didn’t include any dreams of acting or stardom. Instead, Vincent attended private schools as a child and “toured Europe at the age of 16” before furthering his education at Yale University. After receiving his degree in the humanities, Vincent decided to continue his education overseas at the University of London in England. It was there in England that Vincent would find his true calling as an actor.

In 1935, while still in London, Vincent was cast as Prince Albert in the play Victoria Regina. The production was so successful that it wasn’t long until Broadway wanted to bring the play over to America. So, it was off to New York City for Vincent, but he wouldn’t be there for long. In 1938, just three short years later after his move to New York, Vincent found himself co-starring in his first movie role, a romantic comedy called Service de Luxe (1938). For someone who would later establish himself as one of the masters of horror movies and villains in general, it’s somewhat amusing that his first movie role (and such a major role at that) would be in something that is a far cry from the horror genre. Vincent’s ability to co-headline a movie with no prior film experience, coupled with the vastness in genres, is a perfect illustration of the scope of Vincent’s talents.

While Vincent continued to appear in a variety of movies, such as the classic drama Laura (1944), it was his starring role in the classic horror movie House of Wax (1953) that set the stage for his legendary reputation as the king of villains. From there, Vincent would go on to appear in numerous horror movies, playing the sneaky, witty, conniving villainous character in such films as The Bat (1959), House on Haunted Hill (1959), House of Usher (1960), and Pit and the Pendulum (1961).

Remember, though, that Vincent’s career wasn’t always about horror movies. In addition to making guest appearances on such hit comedies as The Brady Bunch and Here’s Lucy, Vincent also dabbled in voice-over work. Perhaps one of Vincent’s more iconic voice-over works is his part in Michael Jackson’s hit 1982 song “Thriller,” in which Vincent acts as a partial narrator during the spoken part of the song. In addition to “Thriller,” Vincent also lent his voice to such popular shows as The 13 Ghosts of Scooby-Doo and Tiny Toon Adventures.

In his spare time, Vincent loved cooking; he even co-authored a few cookbooks. He was also an avid art collector, so much so that he wrote several books on the topic and even became a “popular lecturer on art.” Some of Vincent’s art collection can be seen to this day in the Vincent Price Art Museum, which is housed at East Los Angeles College.