Diverging into crevices, rotting away, hidden.

An intellectual decay, a sophisticated savage, deploring for substance, my sustenance. Longing for a cover to devour, for a cause to fixate and a persona to adapt.

Musty inhabiting between the coarse layers where comfort and the concepts of superiority are my neighbours.

Occupying the space on a bookcase, convulsing on a shelf in my mind, the desire to be defined by that which is defiant of outlines.

The wish to avail to absurdism, and revel in the nostalgia of Burroughs and Orwell. The lust to have fluent language, poised and intelligent, to reprehend convention but still self-scold on overpriced coffee and under aged cigarettes.

To fleetingly obsess with communism, surrealism, to ironically ascend into a state of mental nudity, clarity and bitterness.

The craving to see art, to be art and arouse the emotional hoarder within and accept the shameful prosperity, a tea party for the senses. The derangement of morality and complacent glassed gazes that regard empty word documents and line upon line of incomprehensible mess.

My envious existence, the emerald observer with empty eyes who waits until night for tranquillity to dissolve.

Illuminations avert the light, dark, demented subconscious– release onto the keys with giddy self loathing. Innovate, recreate, self hate, and mostly quietly believe I am better than everyone.

Shame, and anxious haste to dim away from what I am, so cynical and strange and so desperate to be. Words are used to reveal, conceal, heal, to write is to deconstruct reality. 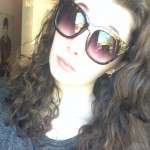 Isabella Lewis is an aspiring writer and poet currently living in Wokingham, where she attends a local Sixth Form. She is an avid reader and is inspired primarily by abnormal and absurd literature. She has been writing for many years but only recently began composing poetry. She mostly writes free verse or prose poetry, and the majority of her work reflects mental stability and the defying of social and political conventions.

Amanda Mabel is a fashion and portrait photographer living in Sydney, Australia. Originally from Singapore, she moved to Perth in 2011, then Sydney in 2012. She is currently studying a Bachelor of Arts (Advanced) (Honours) at the University of Sydney. In her free time, she loves taking photographs, travelling to beautiful places, and drinking tea. She also happens to blog for Vogue Australia Spy Style. She maintains a website at www.amandamabel.com and can be found on:  Instagram  Facebook  LinkedIn  Pinterest  Tumblr  Bloglovin Flickr.