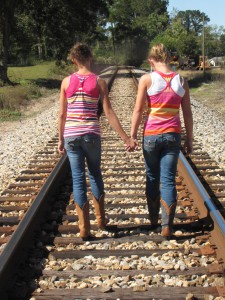 I’m a good person, but sometimes I make bad choices. I would never intentionally hurt someone because it’s just not like me. If I had known that I was hurting my friend, it would have changed what I did. Instead this experience changed my life forever.

Let me start from the beginning. Myla has been my friend for years. I first met her when I started a new school in the 5th grade. Things were great. We got along well, and this friendship continued for over a year. We were amazing friends, and I didn’t think I was doing anything wrong. One day when I was coming home from karate, my dad said that when we got home, he and my mom had to talk to me. As you can imagine, I was confused and worried.

My mom told me that she had gotten a phone call. It was from Myla’s mom, only Myla didn’t know anything about it. Her mother said that Myla came home from school crying every day because she was being bullied. Myla had told her mom that people were telling her that the new haircut she got made her look like Dora the Explorer, that her friends were telling her that she had a unibrow, and that Myla’s friends had created a “Make-Fun-of-Myla Day.”

I had known that some of this stuff was happening, but I didn’t stand up to the people hurting Myla. After all, these were my friends! I hadn’t thought of what they were doing as “bullying,” and I didn’t know what to do. What was worse, I had no idea that Myla was going home in tears because of something I didn’t do. My first reaction was, “How can I make this better? I could have been the person to stop all of this.”

I then wrote a letter to Myla. It said that I was sorry for not standing up for her and that I could have stopped people from hurting her. Because she may have found it embarrassing, I didn’t want her to know her mom had called, so I had to write the letter in a roundabout way. I started my letter with, “I was thinking last night and…”

The next day I stood up for Myla every time someone tried to pick on her. It made such a huge impact on her, and all I had to do was say “stop.” When Myla got home that day, she told her mom that I had stood up for her every time someone tried to bully her. This made my day and saved my friendship. If Myla’s mom hadn’t called and made me understand the consequences of my inaction, I might have lost one of the best friends I have ever had.