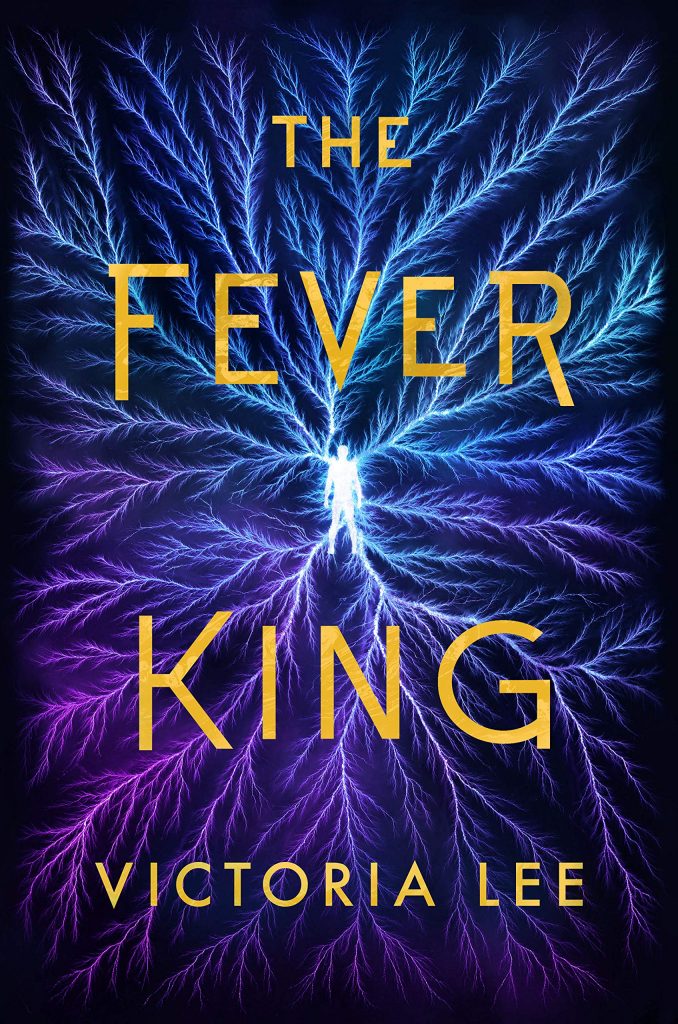 Lee’s The Fever King delivers a powerful, haunting, and inventive new perspective on a possible future for America, one filled with death and magic. From the perspective of a teen named Noam, Lee takes readers on a journey that is both relevant and otherworldly, a truly original and thoughtful fictional tale.

Noam is alone in the world—his mother a victim of suicide and his father paralyzed with grief. Left to tend to the only thing that makes sense in his life—computers—Noam struggles to find his place and to cope with the dangerous and melancholy world surrounding him. As an immigrant, his family struggles daily to survive in their distant, more hostile version of America. And when a deadly disease is released and kills off everyone he knows, Noam is left as the sole survivor, attracting the interest of Minister Lehrer, a mysterious man working with the survivors, a group of teens with special capabilities. With his old life only a distant memory and with an uncertain path ahead, Noam must come to terms with his powers and the slowly crumbling world around him, one of hate and mystery.

The Fever King is relevant and certainly plays on the fear of Americans today, dealing with issues such as immigration and walls. This fantastical story mixes fantasy and dystopian fiction in one of the most bizarre, complex, and socially-aware books I have ever read. Though the setting felt rich and captivating, the characters were much less developed. I was attached to the world building and complexity of the social world of the novel but did not care much for Noam or the others. The Fever King is a rich, addicting read, but I was disappointed by this cast of flat, forgettable characters. Ultimately, teens are certain to enjoy the story and adventure that is The Fever King—but those looking for solid, developed characters to root for should look elsewhere.

A dark and gritty setting, a clear and developed view of what America could be, and a fun, unique story. The Fever King has a lot to offer teens and does not hold back from challenging teen readers and developing meaningful discussion points, yet much of the story felt overly complex and flat. For those looking for a sophisticated and expansive new world to explore, The Fever King will not disappoint.