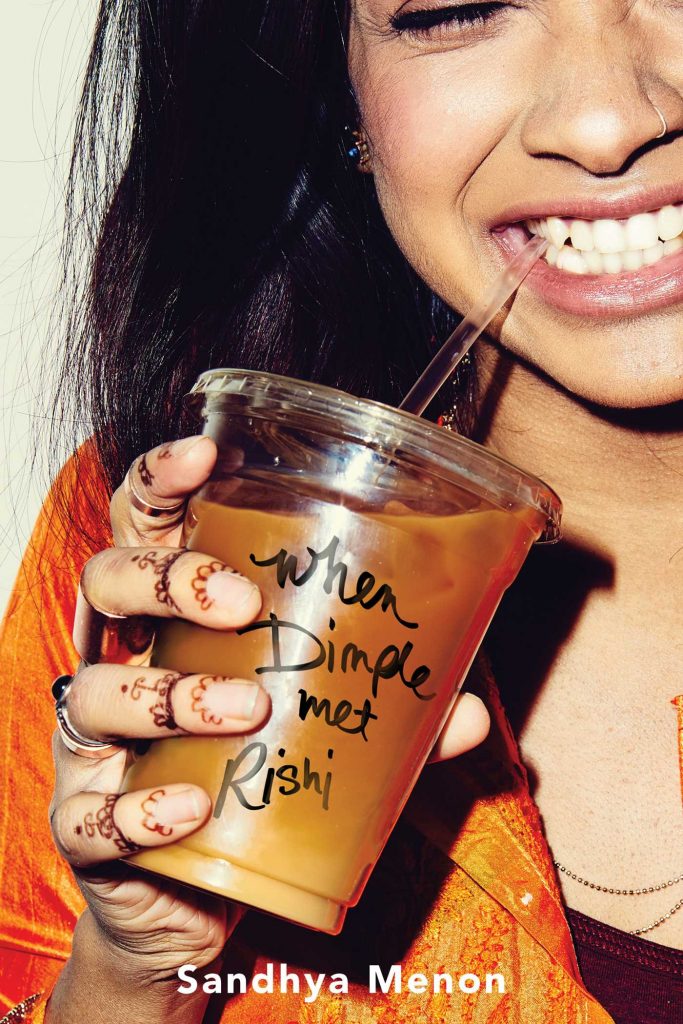 Although I never did have my marriage secretly arranged by my parents (and thank goodness—I doubt they could have ever found me someone as adorable as Rishi), I’ve definitely felt the same generational/cultural clash with my family as Dimple struggles with in When Dimple Met Rishi.

I moved to the US from India when I was fifteen years old. Growing up a teenager in two different cultures didn’t make things any easier! I distinctly remember having a conversation with a well-intentioned relative in which she insisted that, as a married woman one day, I would need to cultivate the fine art of dressing up for my husband daily before he arrived home from work. Like Dimple, I nearly had an apoplectic fit, which only mystified everyone else.

It was also hard for my family to understand my need for creative freedom. Like Rishi with his comic art, I was told that while writing was nice, it was not a career respectable Indian girls had. They strongly encouraged me to enter medicine instead, even though by then I had showed no aptitude whatsoever for biology and had even ran out of the room bawling when my teacher insisted I dissect a fetal pig. (She took pity on me and let me write a paper about genetics instead.)

As I developed into teenagehood, I felt like I never quite belonged anywhere. My friends back in India were too far away to really be a part of my life anymore, but my American friends had no idea of the cultural nuances of my life at home. When my mother wore her sindoor, a red powder along the parting in her hair that showed she was married, people frequently stopped us in a mild panic to inform her that she was bleeding! As a teenager, it made me want to seep through the floor and disappear. All I wanted was to fit in and not draw attention to myself.

But as I got older, that started to change. I began to find ways to integrate both parts of myself, Indian and American, into my daily life. I began to own the Indian parts of me, like my affinity for Bollywood movies or the fact that I can switch seamlessly between a flawless American accent and a flawless Indian one, depending on who I’m speaking to. I got better at blending these things into the parts of me that are unassailably American now. I’m much more career-minded than suits my more traditional Indian family members, for example; they don’t understand why I feel the need to write books and go to graduate school when I could be a stay-at-home mom.

Writing When Dimple Met Rishi was a way to speak to teenagers and young adults who might be in any of those stages I went through or somewhere in between. It’s a book for people who’ve ever considered ignoring their heritage because it would be so much easier, in some ways, but for whom that choice doesn’t feel quite right. It’s also for people who want to embrace their heritage but don’t know how to do so in a way that makes sense for them. And it’s for people who have ever looked at their family and gone, “There is just no way we’re related.” Believe me, I’ve been there. 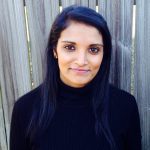 Sandhya Menon was born and raised in India on a steady diet of Bollywood movies and street food, hence her obsession with happily-ever-afters, bad dance moves, and pani puri. Now she lives in Colorado Springs, Colorado, with her husband and children. Visit her website at www.sandhyamenon.com and follow her on Twitter @smenonbooks and on Instagram @sandhyamenonbooks.