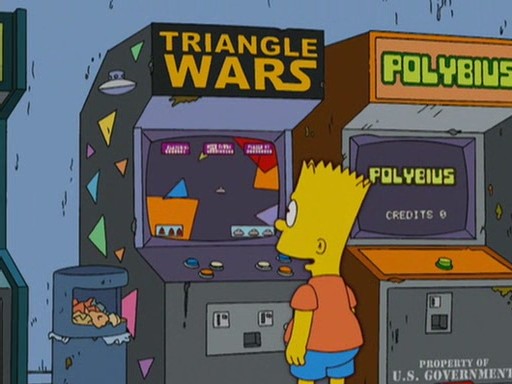 I love video games. I play them, research them, and watch reviews. It was inevitable that I would come across the story of Polybius someday. Now, everyone has that one friend who puts at least a little stock in conspiracy theories, but I think that this will blow your mind.

Let me set the scene: It’s 1980, and you just walked into an Oregon arcade. You look around. Nothing new. Dragon’s Lair, Space Ace, but wait, what’s that? Polybius. You go over and put in your quarters. And then, what happens next blows your mind.

People who have supposedly played the game reported all sorts of bright lights and flashing colors, and they were said to have experienced seizures.

There are two major theories: This is just the glitchy prototype of Tempest, or this was part of Project MK-ULTRA — a CIA operation researching the behavioral engineering of humans. As crazy as that might sound, it does not seem quite as crazy when you look at everything.

Polybius was supposed to have been made by Atari 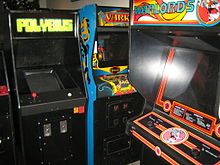 . Interestingly enough, the government had Atari design a tank game to help train soldiers for battle. Not only that, but the side effects of Polybius — such as nausea, seizures, and even insanity —  fall in line nicely with many side effects of the test subjects of MK-ULTRA. Not only that, but a few months after the game appeared, men in black suits took the cabinets away.

Of course, this could all be coincidence since some things do not add up. For one, most of the “evidence” came to light about 10 years after everything happened. Another problem is the lack of physical evidence. There is no game-play, and there are only a couple sole pictures of the machine itself.

Despite the lack of evidence, though, this is still a common and intriguing theory that should not be dismissed quickly.  The truth about Polybius is out there.  What you decide is up to you.