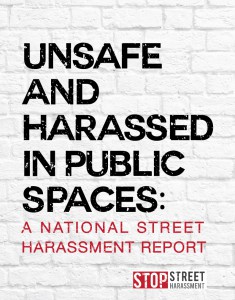 In June of this year, the non-profit organization Stop Street Harassment commissioned a study to learn more about the prevalence and effects of street harassment in the U.S.  Their findings?

65% of all women had experienced street harassment.

23%  had been sexually touched.

9% had been forced to do something sexual.

25% had been street harassed with self-identified LGBT men experiencing a much higher rate than others.  The most common form of harassment was homophobic slurs. 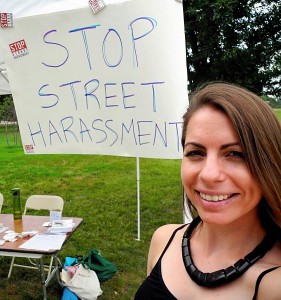 The full report is available online at no cost.  Why spend so much time and effort on a little, harmless cat calling?  Because it’s not little, as the statistics above show, and it’s certainly not harmless.   Holly Kearl, founder of Stop Street Harassment and consultant to the United Nations, authored the report on the survey, which was itself conducted by an independent research firm.  Kearl writes on page five of the report:  “Street harassment is a form of gender violence.  It causes many harassed persons, especially women, to feel less safe in public places and limit their time there.  It can also cause people emotional and psychological harm.  Everyone deserves to be safe and free from harassment as they go about their day.”

Street harassment is not warranted by the way you dress, the way you walk, or your sexual orientation.  It is not “just a part of living in the city,”  or “just a part of being in high school.”    Girls do not “have it coming,” and guys don’t “deserve it for acting gay.”   Street harassment is disrespectful, offensive, and, in many cases, illegal.

Learn more about street harassment, how to stop it, and what to do if it happens to or around you at Stop Street Harassment.